Who Has Contributed Most to Liverpool’s Goals Under Klopp? Data Viz Round Up Episode Seven

Who Has Contributed Most to Liverpool’s Goals Under Klopp? Data Viz Round Up Episode Seven

Following feedback received, this series will now mostly include screen shots of the dashboards. However, links will be provided to them in the section headings if you want to access their interactive features, if they’re not embedded here already. Clicking on any of the images will open them in a separate tab.

We last caught up with our intrepid heroes following a slightly disappointing 0-0 draw at Goodison Park. Things have certainly picked up since; seven wins out of seven, 18 goals scored and only six conceded, with the vanquished foes including Bayern Munich, Tottenham Hotspur and Chelsea.

At the time of writing – ahead of the second leg with Porto – the Reds have a maximum of eight games remaining this season, so it seems a good time to check in to see what’s been going on in the last month or so. While the visualisations included have varied over the season (and there’s more new ones this month), we always have to start with the same one. Did Liverpool get what they deserved over the last seven matches?

Having amassed a total xG difference of 8.8 from the last seven matches against an actual goal difference of 12, it’s possible the Reds got some fortunate victories in this period. Let’s take a look. 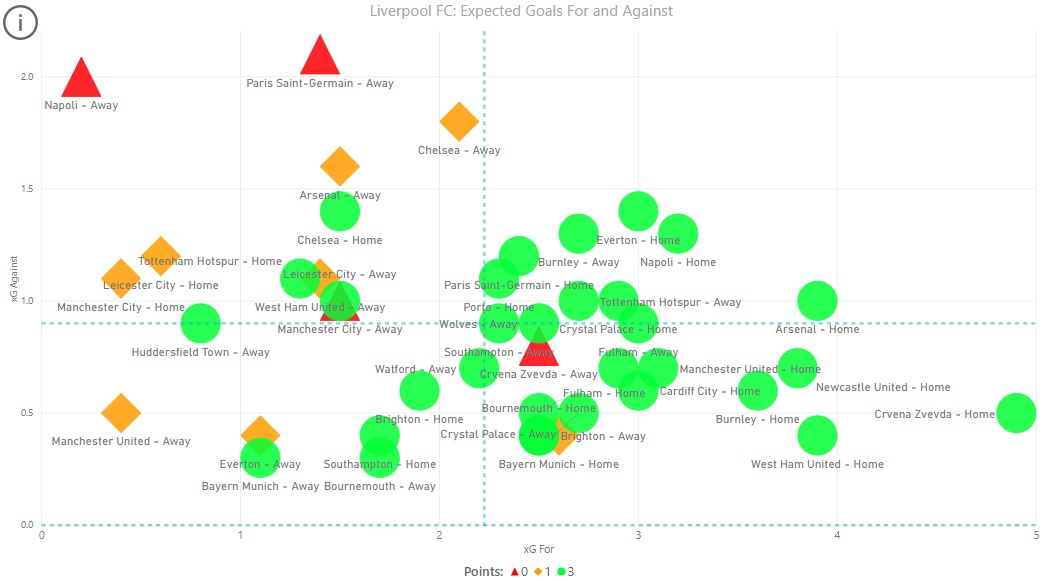 The rest of this article is for Subscribers only. See below for details of how to sign up.