This looks likely to be a title race determined by the smallest of margins. Manchester City missed a late penalty at Anfield; Liverpool were about a centimetre away from taking the lead last night. 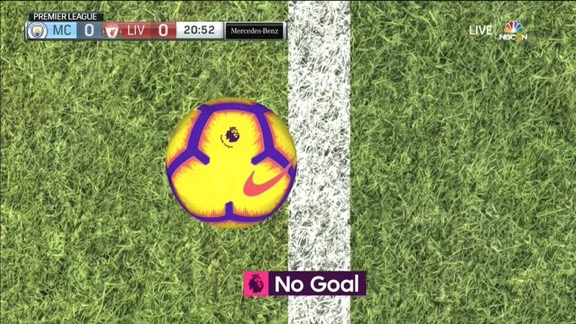 Who knows how the match would’ve panned out had that gone in. However, what we can say is that (since August 2016, when the Guardiola era began) Liverpool have never lost a big six league match when taking the lead, and City have only won one of seven when going behind. History suggests the Reds would’ve had a very good chance of a point if they’d had a Russian linesman rather than goal-line technology.

But irrespective of that, the stats imply they should’ve had a point too. Michael Caley, InfoGol, FiveThirtyEight and Understat all had Liverpool with the higher expected goals tally, albeit their margins were 0.4, 0.44, 0.5 and 0.2 respectively. 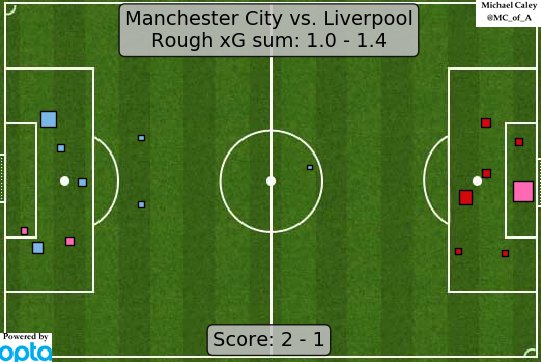