The 2018 World Cup is almost upon us. Regardless of your thoughts on international football, the World Cup usually holds something of interest for us, if only for the Reds involved.

It all kicks off – hopefully not in THAT sense – on Thursday 14th June, when hosts Russia play Saudi Arabia at 16.00 in Moscow’s Luzhniki Stadium. Not necessarily a start to set the pulse racing, but there are a few clashes in the groups which might – Spain v Portugal, England v Belgium, and any game involving a little Egyptian called Mo, if he’s fit. He’s been named in Egypt’s squad.

Reds at the World Cup:

There are eight Reds who have been selected for their countries, with another, Adam Lallana, on stand-by. Fekir would have made it nine.

Alex Oxlade-Chamberlain and Joe Gomez may well have been selected but for their injuries. 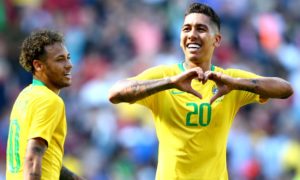 Compare that with our top 6 rivals:

That means Reds enjoying an extended summer break are:

12 stadiums across Russia will host the 64 matches that comprise the 2018 World Cup.

The largest venue is the 81,000-capacity Luzhniki Stadium in Moscow, where the opening game will be held on 14 June and also the final, 31 days later.

Where the Reds went in last season’s group stage.

Where England make their debut.

Just some of the strongest ones.

No place for Christian Benteke, Kevin Mirallas or Steven Defour.

No place for Alvaro Morata or Cesc Fabregas.