March 19, 2018 In Statistical Analysis, Subscribers Only

Remember all of those consecutive wins in 2013/14 around this time of the season? Goals aplenty, and a front three of Raheem Sterling, Daniel Sturridge and the once-in-a-lifetime player Luis Suarez; now unless we are talking about the lifetime of my two year old daughter, from a personal perspective it was uncertain I would see the likes of Luis Suarez ever again in a red shirt. Never mind Suarez though, who this season has been matched (and maybe even surpassed) by Mo Salah, we now have a fearsome threesome leading Liverpool’s frontline. And not one of the former bandmates is still at the club. With Sturridge on loan, we sold the other two and replaced them over the past few seasons with Firmino, then Mane and the final piece in the jigsaw was Mo Salah at the start of this campaign. Not only that, we did it with around £25m still in the bank – and that’s not even considering a potential fee we might receive for Sturridge (though that is looking increasingly unlikely).

This article will focus on these three players as constituting the Reds’ ‘attack’, mainly for ease of comparison to other teams – but it does not take anything away from the rest of the team’s contribution to the goals we score, including, from the back: Karius’ quick distribution; all four of the full-backs’ overlapping runs and at times exceptional delivery; the pressing in midfield and precision passes to the front three on the counterattack as well as the driving runs forward from Can, Oxlade-Chamberlain and Wijnaldum; and of course the threat at set pieces from Van Dijk, Lovren and Matip. 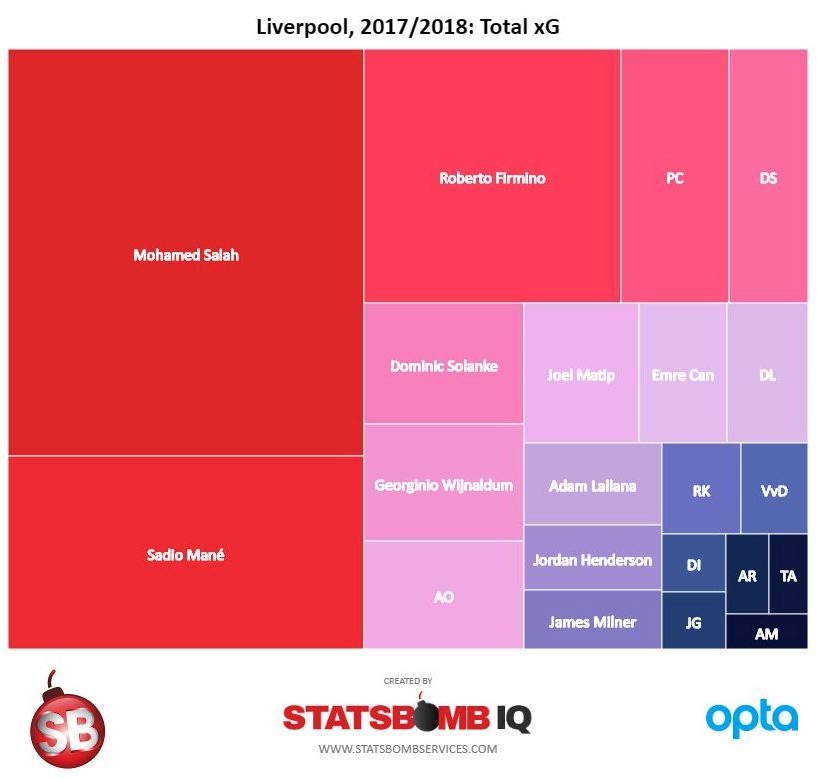