December 1, 2017 In By Andrew Beasley, Statistical Analysis, Subscribers Only

Statistics and odds correct up to 1st December 2017.

Mohamed Salah has made an incredible start to his Liverpool career, and is already the Reds’ top scorer for any of the four seasons since Luis Suárez left the club. With twelve league goals under his belt, he is also currently the Premier League’s top scorer. Can he end the season with the most goals and claim the Golden Boot? The bookies aren’t yet convinced, and currently have him as joint-second favourite. 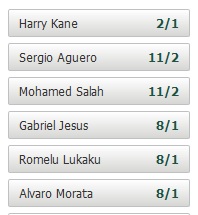 For those of you who are not gambling-minded, the odds here mean they think Salah has about a 14 percent chance of topping the scoring charts in May. Harry Kane is clearly the red-hot favourite though. His price here implies he has around a 31 percent chance of claiming his third Golden Boot in a row.

Yet as it stands, only two of the past five Golden Boot winners had more goals than Liverpool’s electric Egyptian at this point of the season, and one of those had to score four goals in match 14 to overtake him. With apologies to John Ruddy, you can probably guess who that was.

Sergio Aguero may have had 14 goals at this point in 2014/15, but he ‘only’ scored another 12 across the rest of the campaign (in part due to injury). Here’s how Salah compares to the Premier League’s recent top scorers. 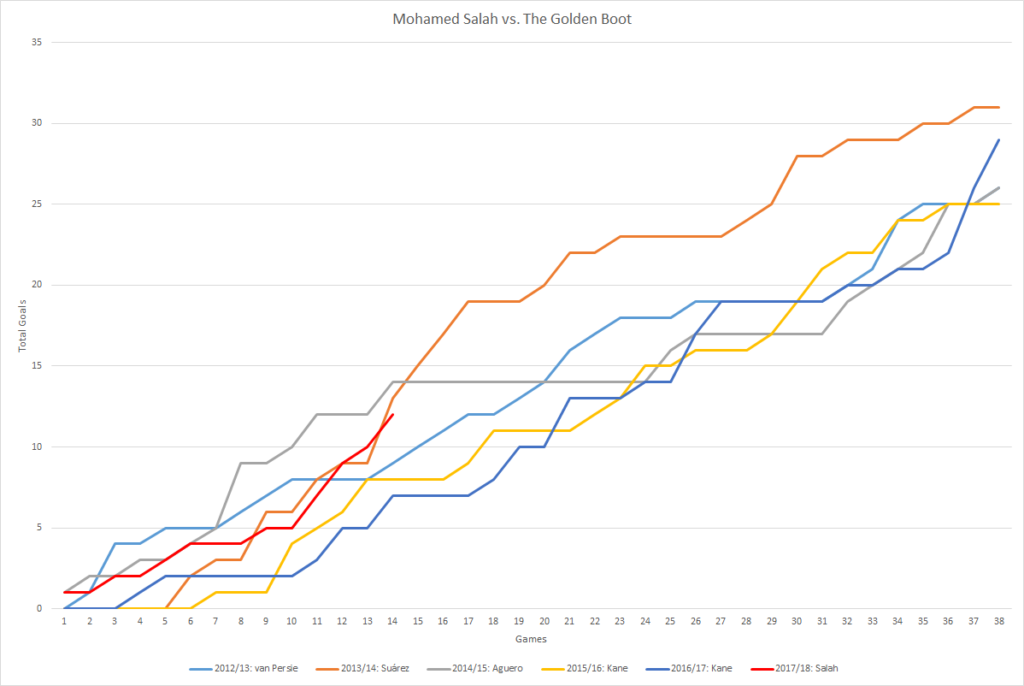 He’s obviously not up against them though, or at least not them in seasons past. Let’s consider some of the factors in whether or not Salah might have a chance of taking the trophy, before voting on where we think he’ll finish in the scoring charts.