After the Hoffenheim match, me and Beez commented how rare it was that one team managed a six big chance ‘difference’ in a match. On Wednesday, we created six big chances, incredibly. Unlikely to happen again until the next eclipse. Except, we aren’t playing by normal rules anymore. We did in the next game. Against a better team.

There was also a word by former TTT stalwart, and tactical master Mihail: 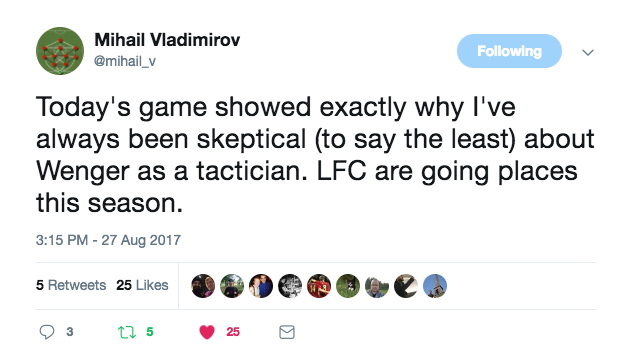