February 10, 2017 In LFC History, Subscribers Only 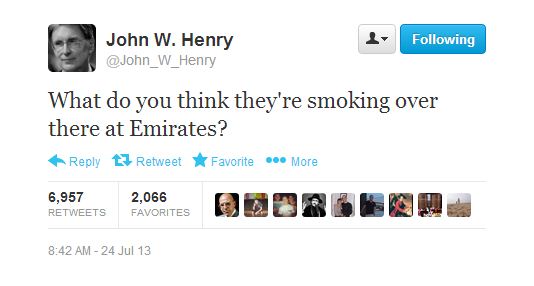 A clear indication that LFC wouldn’t be playing games with Arsenal.

In the following March (after Suarez had signed a new deal in December), Henry later confirmed that the release clause was activated but FSG chose to ignore it:

“Luis Suarez is the top scorer in the English Premier League which is arguably the top soccer league in the world,

“But what we’ve found over the years is that contracts don’t seem to mean a lot in England – actually not in England, in world football. It doesn’t matter how long a player’s contract is, he can decide he’s leaving.

“We sold Fernando Torres for £50million. We didn’t want to sell but we were forced to.

“For the first time (with Suarez) we took the position that we weren’t selling.

“Since apparently these contracts don’t seem to hold, we took the position we’re just not selling and it’s been great for Luis, it’s been great for us, and what will happen at the end of year… I think we’re going to make Champions League and we have a small chance of winning the Premier League this year.”

If FSG just wanted the money, they could have taken the deal, arguing that the release clause was met, and sold Suarez to Arsenal. Instead, they stood firm for the good of the club. Of course, Suarez was sold the following summer for around £70m, but the new deal he signed secured a higher fee for Liverpool, and Barcelona was always the target destination for Suarez given the strong family ties his wife has there – of course, his biting incidents didn’t help matters.

The football in Rodgers’ first season, whilst not producing the desired results, showed immense potential which ‘clicked’ in the 2013-14 season.

In a joint statement from Henry and Werner, FSG said:

“We are very fortunate to have a hugely talented individual leading our football performance and in whom we place our trust to deliver the vision we share for Liverpool Football Club.

“Brendan is at the heart of what we, as an ownership group, are trying to achieve on the pitch. This season has reaffirmed everyone’s belief that we can bring football success to Liverpool and we are all committed to working together to achieve that.

“Players and supporters have made it clear how important Brendan is to our success and so to have him commit to us for the long term is a great boost for everyone going forward.”

The contract locked in a promising manager who now had a track record with Liverpool for producing attractive football that got results and nearly won us the league. This would allow the club to kick on and build upon the foundations already laid.

The only concern was that now Rodgers had the record, he now had the influence to demand more control on transfers, which lead to the ‘BR vs Committee’ debate.

In a move to have a permanent base in London, Billy Hogan would now conduct sponsorship and contract negotiations from London. A base in the capital would give Liverpool a better presence with world brands.

Think of it this way: if the CEO of Sony (as an example) is in the UK, he’s likely to be in London. Would he travel to Liverpool for talks or would it be more beneficial to have a ‘high ranking’ Liverpool official on his doorstep to meet, greet and conduct negotiations in the city, who would have more flexibility to work around the potential sponsor’s schedule?

It’s a move that made sense and would allow Liverpool to increase its revenues.

The capacity of Anfield has long been an issue, ever since the days of Moores’ ownership.

Liverpool’s new stand would allow for 8,500 additional seats (taking capacity to 53,500) and much needed (and profitable) corporate seating, raising the matchday income by around £20-25m per year. 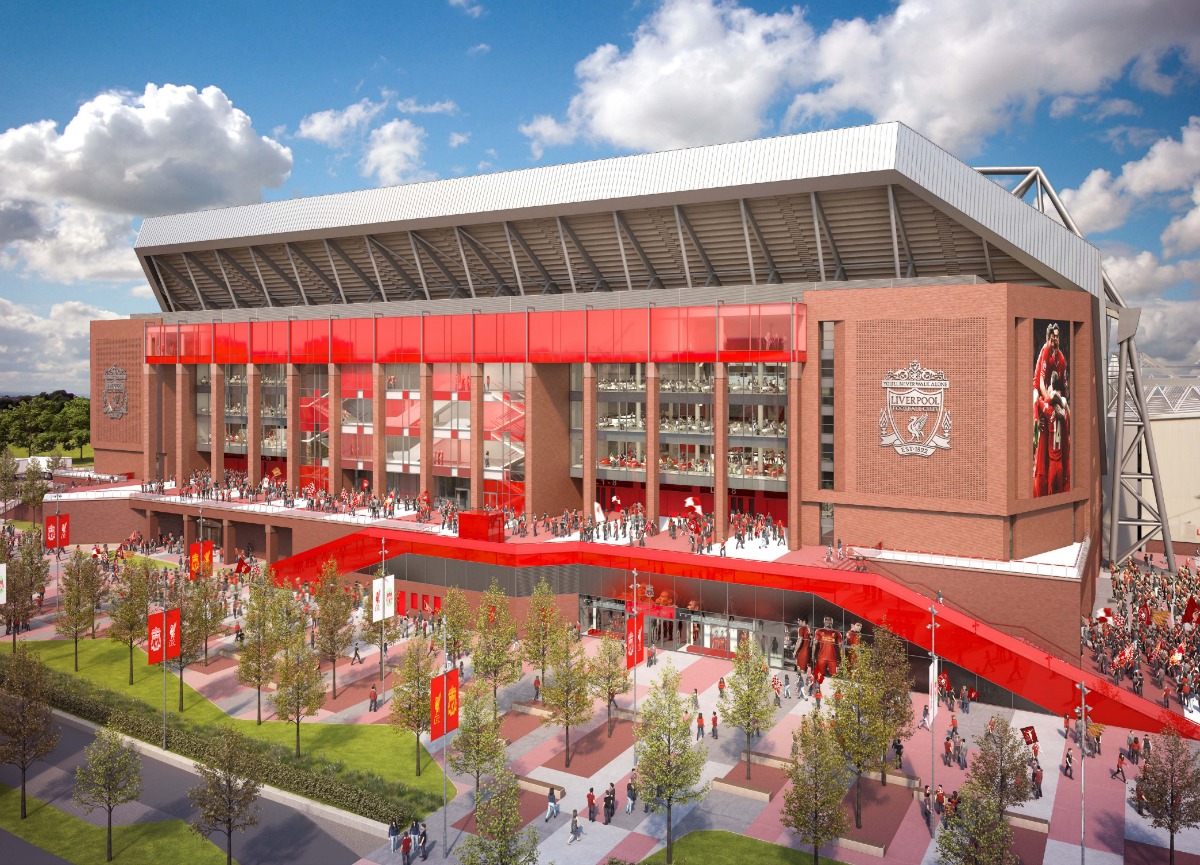 The financing came from an interest free £115m loan from FSG – not something an entity trying to ‘milk’ the club would usually do.

Liverpool switched shirt manufacturer from Warrior to its parent company New Balance, which would see the club make a record £25m a season.

Not only that, the club negotiated a much stronger deal in terms of profit from merchandising, meaning they anticipated making an additional £25m a year, meaning the whole package was worth around £300m.

Chelsea and United, however, signed deals of £60m and £75m respectively, showing the gap Liverpool still need to make up, though it was a significant step in the right direction.