October 24, 2016 In Match Discussion, Subscribers Only

Liverpool host Tottenham on Tuesday evening – 7.45pm kick off UK time – with a place in the 5th round the reward for the victors. This will be the eighth meeting between the two sides in the competition, with Liverpool recording just two victories from the previous seven ties.

The first came in the 1982 final at Wembley with Liverpool recording a 3-1 victory in extra-time and in doing so, lifted the trophy for a second consecutive season. Our last victory came during the 2004/05 season at White Hart Lane, with a full strength Spurs side eliminated via a penalty shoot out (4-3) by a Liverpool side featuring the likes of David Raven, Zak Whitbread, Salif Diao, Darren Potter and Neil Mellor. 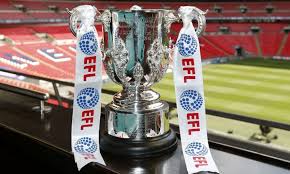 Liverpool’s record against Spurs in the League Cup: