September 22, 2016 In Match Discussion, Subscribers Only

This will be the Reds’ 8th fixture of the season but only their second on home soil. The Tigers currently lie 12th in the table, three points behind Liverpool, with seven points from their five matches. They won their first two games, 2-1 at home against champions Leicester and 2-0 away at Swansea, before drawing 1-1 at Burnley and losing 1-0 at home to Man Utd and, last Saturday, 4-1 at home to Arsenal. Snodgrass with 4 and Diomande with 3 are the Tigers’ top scorers.

Hull last visited Anfield during the 2014/15 season and left with a 0-0 draw. They also kept a clean sheet against the Reds at Hull, winning 1-0 in the reverse fixture.

53-year-old Mike Phelan, caretaker boss since Steve Bruce’s departure in July and named Premier League manager of the month for August, says he has been offered the manager’s job at Hull City.

In addition, Jake Livermore received a red card in last weekend’s defeat against Arsenal so will be suspended.

Distance Covered in the Premier League this season 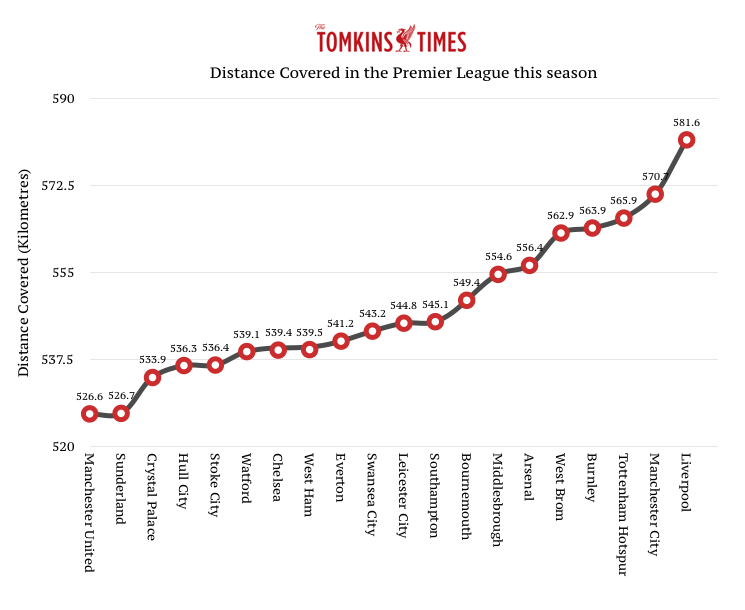 Radars – Attacking (Home) vs Defensive (Away) 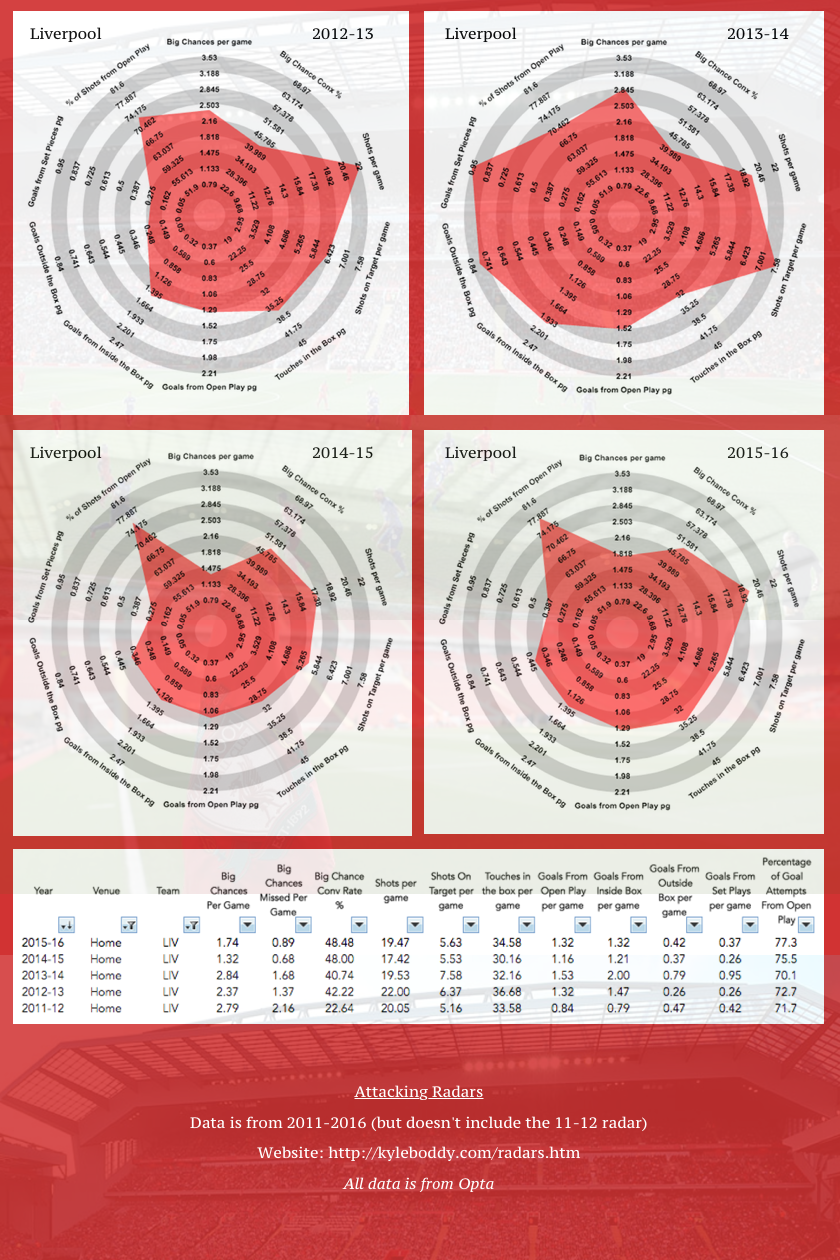 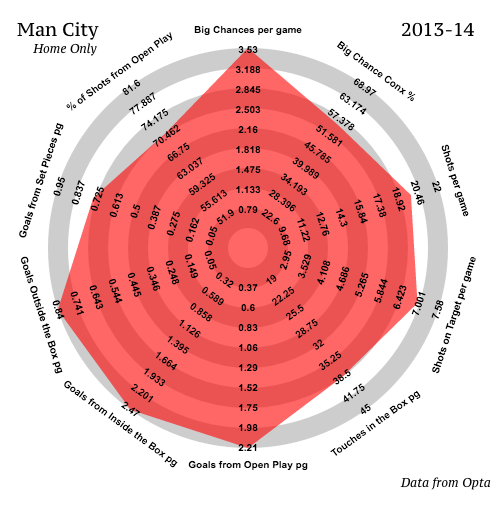 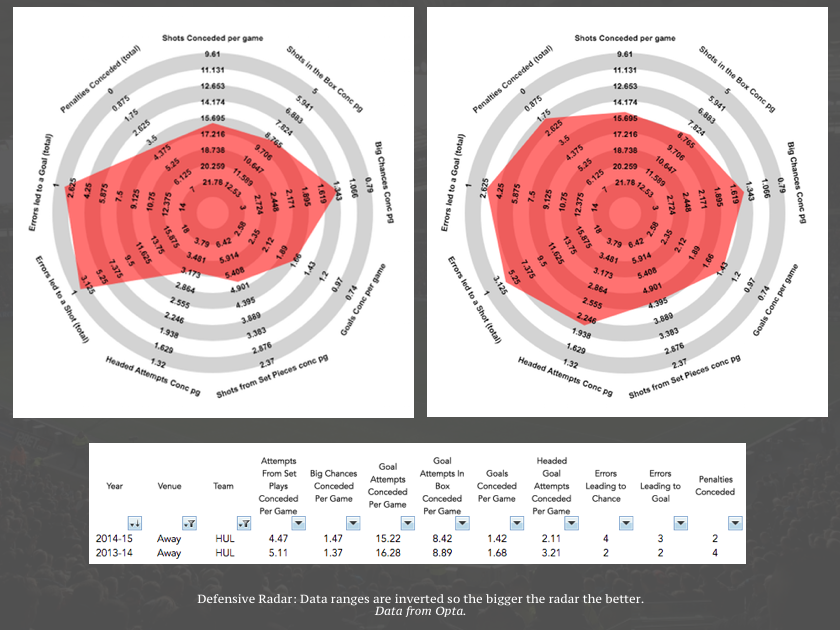