Liverpool bring their 2015/16 domestic campaign to a close with the visit to West Bromwich Albion on Sunday – 3pm kick off UK time – with the Reds hoping to clinch a 6th place finish if results go their way. There’s also the small matter of the Europa League final against Sevilla on Wednesday evening, which will more than likely result in a much changed line-up from the side that drew 1-1 with Chelsea at Anfield on Wednesday.

Finishing in the Europa League places  – 5th to 7th depending on the outcome of the FA Cup final – may be a tall ask considering our opponents are managed by Tony Pulis who seems to have a knack of preventing Liverpool from winning on his home turf. In eight matches against his former sides Stoke and Crystal Palace and current side W.B.A., the Reds have recorded just one victory with four draws and three defeats. Add in the four draws he has picked up at Anfield and Pulis seems to know how to upset the Reds. 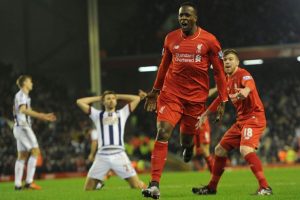 Liverpool and West Brom have drawn their last two meetings home and away (both draws overseen by Pulis), with the corresponding fixture last season ending in a 0-0 draw, while the two sides played out a 2-2 draw at Anfield back in December with Divock Origi (90′ +6) scoring a 95th minute equaliser to secure a point for the Reds after Dawson (30′) and Olsson (73′) cancelled out Jordan Henderson’s opener.

The Week That Was: Calm Before the Storm