Assuming that you’re here for an article on Liverpool FC, and not something from a very different kind of website, let me start by saying that it’s been a long time since I’ve been so excited by a crop of young Reds.

I’ve got carried away with one or two young reserves over the years – in 2007 I thought Krisztián Németh was the second coming of Robbie Fowler – but right now it feels like there’s a particularly exciting group of first-team players aged 23 and under at the club.

I’ve commented on it before this season, but under Klopp these players are getting more of a look-in, with youthful fitness and hunger a big part of the model that’s working so well at Spurs; and much of the model that Klopp’s Dortmund were based upon (remember, as young as Spurs are – just under 25 on average – Dortmund were often aged just over 23). 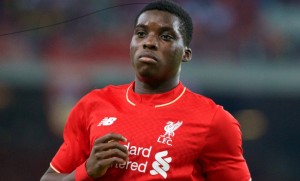 I’ve been a fan of Sheyi Ojo since seeing him in a youth game at the age of 14, when his style of play, and physique, reminded me of a young John Barnes. Like Barnes so often did, he took a firm pass onto his chest and killed it dead, so that it dropped deliciously at his feet. He clearly had the skill and the balance that defined Barnes’ game, but of course, Barnes delivered at the top level for many years.

It’s a nasty habit, seeing former greats in youngsters, as my trials with Nemeth showed. Still, Ojo has joined others in transferring a special talent into the first team, at the tender age of 18. For him, it’s just the start of the process, with others further down the line.

Managers, and The Law of Diminishing Returns