The Week That Was – No Proper Football

The Week That Was – No Proper Football

Academy director Alex Inglethorpe has spoken of his huge admiration for Jon Flanagan and explained why the Scouser is a prime example of what an aspiring footballer at Liverpool FC should be. (LiverpoolFC.com)

“Jon has shown the same sort of gritty determination when he has been injured as he does when he’s on the pitch,” Inglethorpe told Liverpoolfc.com.

“It’s not been an easy time for him but he has found a way to come back fit, fighting and play games in the first team, and that has been rewarded with a new contract by the club.

“I remember when I first worked closely with Flanno. I was in charge of the U21s and he was training at Melwood at the time but he came to the Academy for a few sessions with our group with Jack Robinson.

“Straight away I was impressed with his professionalism and his attitude to the game. He contests every ball and he plays every moment in training as he does in matches – there’s no difference whatsoever.

“It was a very happy time for me working with him during the games he played with the U21s.

“Shortly after, of course, he was in the first team, but during this period when he also dropped back to the U21 squad for a few games, not one time did he never want to play for the U21s.

“He didn’t complain or moan or show any signs of being impatient and he was a real model professional.

“When he got the first-team chance he had prepared himself mentally and physically to get that opportunity, and it was no surprise to me that he went on to play as many games as he did and continues to do so.”

Jürgen Klopp handed Flanagan the honour of captaining his boyhood team during last Sunday’s clash with Southampton at St Mary’s, and Inglethorpe insists the accolade was richly deserved.

“He is the sort of person you trust with the armband,” he added.

Daniel Sturridge will make his first England start in 18 months when they host the Netherlands in tonight’s Wembley friendly. 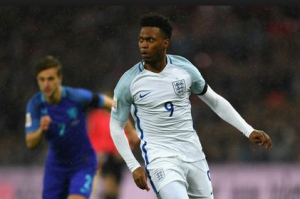 The 26-year-old missed the entire Euro 2016 qualifying campaign with injury.

James Milner is set to captain his country for the first time in tonight’s match.

Ian Rush is certain Liverpool are set for a bright future under Jürgen Klopp on the evidence of the German’s first few months in charge of the club. (LiverpoolFC.com)

“… there are good signs there and in time [Klopp] will assemble a squad, not just a team, a squad capable of competing with the very best – because that is what Liverpool should be doing.

“I think he is beginning to realise the expectations among Liverpool fans but I think he has the fans on his side with the enthusiasm and passion he shows on the touchline. Hopefully it will all start to really come together next season.”

Another former Liverpool striker, John Aldridge, says watching Dele Alli, 19, perform so well for Tottenham is “hard to take” after the Anfield club missed out on the midfielder’s signing. (Liverpool Echo)

He was an unused substitute in Brazil’s 2-2 draw with Paraguay on Tuesday but will not report back until tomorrow following a 13-hour flight back to England.

James Milner claims the only difference between Liverpool and Tottenham is consistency. No shit, Sherlock. (Although he does make some fair points.)

“The biggest thing is consistency. We’ve shown that we can beat the best teams and the levels we can hit, but it’s about hitting those more consistently,” he told Liverpoolfc.com.

“That’s the difference between us and Spurs at this moment in time.

“But you’d be more worried if you couldn’t get up to those levels, whereas we’ve proved that – it’s about getting there time and time again and, when you’re on an off day, still managing to get that win.

“Speaking to the Spurs boys this week, they know what a big game it is and how difficult it’ll be as well.

“Everyone’s seen how good we can be but they’re never fully sure if we’re going to turn in that performance level, and that’s frustrating for us because it’s something we can’t really explain.

“But we know if we’re at the races and we play at that tempo and have that quality on the ball, then we can beat anyone. We need to make sure we turn it up again.”

If Liverpool qualify for the third preliminary round for the Europa League the club will ask to play their home matches in Wigan or Bolton:

Liverpool would be in the third qualifying round had they won February’s Capital One Cup final at Wembley and seventh place in the Premier League will deliver the same should the FA Cup and Capital One Cup winners both finish in the top five.

Anfield’s new £114m main stand is scheduled to open at the start of next season, with the opening round of Premier League matches on 13 August.

However, interior work, including the changing rooms, match officials’ facilities and media working areas, are unlikely to be completed until Christmas. Players will be required to change in marquees outside the main stand until the redevelopment work is finished.

Mesut Ozil says Arsenal need to spend heavily in the transfer market this summer to compete at the top of the Premier League next season. (Welt am Sonntag, via Standard)

Former England captain Bryan Robson says Tottenham’s Dele Alli, 19, must have a “yes I’m good but I want to be brilliant” attitude after an impressive showing against Germany on Saturday. (Daily Mail)

Why Mario Götze Is Perfect for Liverpool FC