As the 2008/09 season dawned, there was a strange atmosphere surrounding Liverpool Football Club. The hugely disturbing and disrupting noise in the background continued to gather pace and there was a veritable split in the ranks of the fan base. Whereas previously there had been massive support for Benitez in the face of practically untenable conditions, there was now the spectre of civil war – not just in the boardroom, but also on the terraces. While the Liverpool manager retained the support of the majority of fans, there was now an increasingly dissident voice at Anfield; a voice that would not be quietened and, despite evidence to the contrary on the pitch in the campaign to come, would lie in wait and eventually become deafening. 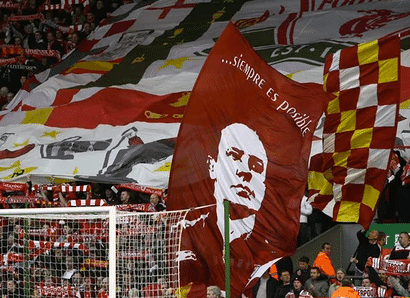 There had long been a crusade waged by the British media – one that was verging on xenophobic – against Rafa Benitez. The facile bleating of some of the more exposed members of this august body had unfortunately filtered down to some of the fan base and a number of myths had become taken as gospel. As Paul Tomkins noted in Dynasty: ‘visionaries in life – be they in sport, art, music or politics – tend to be more greatly appreciated retrospectively, when their ideas have proven inspired and their influence can be traced.’ What cannot be argued with is that Benitez had delivered a Champions League trophy, the FA Cup, was about to achieve his second eighty-plus points total in four years and had made the Reds the number one ranked side in European competition.

However, It has to be noted that Benitez’s signings – and, indeed, transfer targets – in the summer of 2008 did not help with the fractured fan base and was cognitive confirmation writ large for those who had been spoon-fed by the likes of Sky Sports. All managers get transfers wrong, it is a simple fact of managerial life, but what was for many the final nail in the coffin of their allegiance to the Liverpool manager was his pursuit of Gareth Barry at the potential expense of universal fan favourite Xabi Alonso. The Spanish playmaker had not enjoyed his best campaign for the Reds in 2007/08 and had been haunted by injury and loss of form. Barry – a competent and steady professional – was rated highly by Benitez and it looked like the deal was all but done just prior to the 08/09 campaign kicking off. But when the Liverpool manager let it be known that he would be willing to listen to offers for Alonso in order to secure the Villa midfielder, this gave all of his detractors all the ammunition needed to accuse Benitez of indulging in hasty (and premature, as Barry stayed put in the Midlands) crassness. Moreover, within a year of this episode, Xabi Alonso was a Real Madrid player, having enjoyed arguably his finest season in a red shirt.