The Week That Was – Friday 22nd January

The Week That Was – Friday 22nd January

Jürgen Klopp admits there is now “pretty big space” between the Reds and the top four, after after losing 1-0 to Manchester United at Anfield.

Manchester United’s players were “screaming and shouting” at each other so loudly at half-time at Anfield on Sunday, they could be heard from the Liverpool dressing room. (Daily Mail)

Jerome Sinclair will leave Anfield when his contract expires in the summer. The Reds offered the striker a new deal but the 19-year-old wants to explore the possibility of a move to Spain. (BBC Sport)

“I am the sort of character that wants to be a leader, wants to speak in the dressing room and help the defence,” Mignolet told the club’s website.

Allan Rodrigues de Souza has today agreed a loan move to Belgian side Sint-Truidense until the end of the season as the talented Liverpool youngster looks to take the next step in his development. (LiverpoolFC.com)

Klopp’s assessment of the Reds’ 3-0 win over Exeter:

First of all, I really have to say thank-you to the crowd because I could not have imagined tonight would be so loud, in a rematch against a League Two team with the information that we would play with young players. It was a special atmosphere, it was great and it was a really enjoyable night for football. The lads enjoyed it, I could see that, and I spoke to them after the game. Everybody could see it.

They worked hard, created chances and scored goals, wonderful goals. They made mistakes and reacted in the right way to mistakes. They fought against an opponent and I have to say, my first impression of League Two football – and I know their position in the table is not too good – is it seems to be a good league! They had a lot of good players in their team. In the first half, they were really experienced; it was very experienced against very young. So it was really hard work for the boys and I was pleased with the performance. A few weeks ago I could not have imagined I would enjoy a rematch in the FA Cup – now I did.

The manager continues, this time on youth development and what these players need to do to become regulars in the first team: 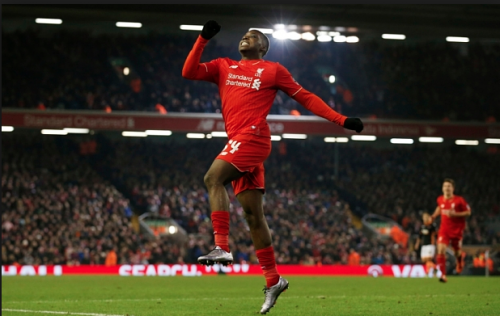 The entire stadium will be ticketed and prices are varied depending on seat location.

Juniors: £5 (within the advertised family sections)

Over 65 and disabled concessionary prices will also apply.

For a full breakdown of the pricing structure for this game, please click here.

Two of Liverpool’s Barclays Premier League fixtures in March have today been rescheduled for television coverage.

The Reds’ trip to Crystal Palace will now take place on Sunday March 6, kicking off at 1.30pm. Sky Sports will broadcast the match:

Jürgen Klopp’s team will welcome Chelsea to Anfield on Sunday March 13 at 4pm, with Sky Sports also showing this game.

The home clash with the Londoners is subject to change further, depending on Liverpool’s progress in the FA Cup.

A change to the kick-off time for the meeting with Aston Villa on Sunday February 14 has also been confirmed – from 1.30pm to 2.05pm.

BT Sport will televise Manchester City’s visit to Anfield on Wednesday March 2, but the date and time of the 8pm kick-off remains unchanged.

Klopp spoke about Daniel Sturridge and the need for patience, even though he admitted it is difficult!

“Out of responsibility, we have to do everything we can to give him the physical strength to be able to play Premier League football,” said the manager.

“We all know it’s pretty easy for him when he’s fit, but at this moment he isn’t. We cannot change this.

“He’s not with the team at the moment, that’s right. But we have enough games this season when we hopefully can use him but not, if nothing happens, for at least the next 10 days.

“We have to be patient. That’s not my best skill, to be honest! But in this case I have no other choice.”

After the 1-0 win at Liverpool, manager Louis van Gaal says Manchester United are not out of the Premier League title race.

BBC Wales Sport understands the Italian will work alongside Alan Curtis until the end of the season.

Guidolin, 60, has previously managed several clubs in Italy, including Palermo and Parma, as well as French league side Monaco.

Arsenal have appointed the Leicester scout who helped the club sign players such as Riyad Mahrez and N’Golo Kante. (Daily Telegraph)

Jürgen Klopp and his Seven Dwarfs