The Week That Was – Thurs 31st December

The Week That Was – Thurs 31st December

Christian Benteke is ready to “run more” after having a “man conversation” with boss Jurgen Klopp. (LiverpoolFC.com)

“We had a ‘man conversation’ and I think it is going to help me and help the team,” said Benteke.

“I have to run more and I have to be there for my team-mates.”

“I spoke with the manager a few days ago about where I can improve and what he is expecting from me”.

“Sometimes when you are a little bit on the side you try to understand what the manager needs and what he wants, and we had a very good chat.

“You could see that I showed I understand his message and now I have to keep going like that.”

Dejan Lovren believes defensive discipline from back to front was key to Liverpool’s 1-0 win over Leicester City on Boxing Day. (LiverpoolFC.com)

“Today, everything was about a fighting game and I think we showed a great team spirit, [we were] aggressive, attacking all together like a team.”

“The manager said before the game that maybe we needed to get back to fighting and working hard a bit more and the quality would come naturally, and I think you saw that out there.

“We all covered every blade of grass and the goal was eventually going to come – and it did.”

Jürgen Klopp has confirmed Divock Origi is set to miss Liverpool’s trip to Sunderland on Wednesday night, but Jordon Ibe could come back into contention.

The Belgium striker is awaiting the results of a scan. Ibe, meanwhile, has resumed training at Melwood after illness.

And Klopp anticipates James Milner will return in the first week of the New Year following a calf complaint.

Jürgen Klopp insists Liverpool will err on the side of caution with Daniel Sturridge’s fitness ahead of deciding when to reintroduce the striker back into action. (LiverpoolFC.com)

“But we have to be really, really patient in this moment. We have to wait, we have to train, we have to give the body the right information, and then he can go.

“If we do this, then maybe we can change something or we will be here talking about Daniel Sturridge for the next 10 years.

“This is a good moment to try to change something.”

Klopp today also outlined his desire for Liverpool to become more clinical in goalscoring situations – and explained it is something that’s currently being worked on at Melwood. (LiverpoolFC.com)

“We have our moments when we are shooting and we have a little bit of bad luck; for example the situations once or twice with Adam [Lallana] where he was a little bit unlucky when he went really close and could have scored a goal [against Leicester].

“But we are working on it. Always when it comes to scoring goals, you have to be in situations more often – you cannot say wait for the one chance and you will score it because it is not like this. You always have to be in the positions.

“That’s what we are trying to do. We know about this [need to score more goals], it’s the truth, and to be more dangerous from more positions is a big target for us.”

18-year-old Spanish winger Sergi Canos has had his loan spell with Brentford extended until the end of the season.(LiverpoolFC.com)

Jon Flanagan today took another step on his road to recovery by playing 30 minutes in a 0-0 friendly draw for Liverpool U21s against Fleetwood Town at the Academy. (LiverpoolFC.com)

The defender has spent the last 19 months on the sidelines following a succession of knee injuries after he got injured in pre-season training in 2014, resulting in three operations. But he has been back in training with the first team, as he looks to make his first appearance since the final game of the 2013-14 season.

He started at right-back for Michael Beale’s side, along with Jose Enrique on the opposite flank.

Flanagan put in a solid defensive display in his pre-arranged half-hour of action before being replaced by Kristof Polgar.

Daniel Sturridge posted a picture on Twitter of him and his family playing an Anfield-themed version of the board game Monopoly. Hope he didn’t twist anything as he went past Go.

Klopp, after the 1-0 away victory last night against Sunderland, laughed off comments from Big Sam about him being a “soft German”:

Allardyce made the remark after Klopp said Sunderland’s Jermaine Lens should have been sent off for a late tackle on Mamadou Sakho during Liverpool’s 1-0 win at Sunderland on Wednesday.

“It’s not a problem,” said Klopp. “A lot of people have said worse things about me. It’s not the first time.

“If you see the situation again then you know that I was not too wrong.”

Reds staff became involved in heated exchanges with their Black Cats counterparts on the sideline in the aftermath of the challenge.

So Mama is alive and everything is OK. That’s all I want to say. But I had no arguments with the bench at Sunderland.” 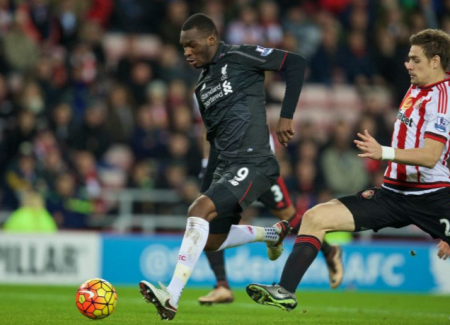 “Maybe Daniel [can play] if we try. Milner and Origi no.”

The German also provided an update on Joe Allen, adding: “Joe Allen is ill. Yesterday afternoon the doctor told me we have to send him home so we have to wait for diagnosis there.”

Louis van Gaal’s future as Manchester United manager hangs on the outcome of Monday’s home match against Chelsea, with defeat likely to cost him his job. (Guardian)

We’ll know the outcome before this round-up is completed of course.

Jose Mourinho is resisting the temptation to make a quick return to his former club Real Madrid as he waits to see what happens at Manchester United. (Daily Telegraph)

If I was a Utd fan I’d be contrasting his car with his performance at Stoke last time out and feeling pretty annoyed.