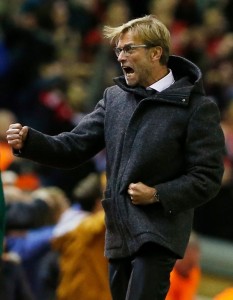 Ronald Koeman’s Southampton are our next opponents at Anfield on Sunday afternoon – 4.15pm kick off UK time. We did the league double over them last season, winning 2-1 at Anfield and 2-0 at St Mary’s. The Saints are level on points with Liverpool but sit in 8th – two places above the Reds – because of their superior goal difference of +3 compared to our -2.

They are one of four teams still unbeaten away from home in the Premier League along with West Ham, Leicester and Everton. Southampton have won one (3-1 at Chelsea) and drawn three (Newcastle 2-2, Watford 0-0 and West Brom 0-0) away from St Mary’s so far, and that combined with Liverpool having drawn seven of the last eight games in all competitions (we won the League Cup tie on penalties after it finished 1-1 after extra-time), means this match has stalemate written all over it.