Liverpool’s struggles continued in mid-week needing extra-time and penalties to overcome League Two outfit Carlisle Utd at Anfield in the League Cup third round. The Reds were rewarded with a home tie against Bournemouth at Anfield in the 4th round. Aston Villa are the next visitors to Anfield on Saturday – 3pm kick off UK time –  hoping to add to the recent disappointments at L4 where Liverpool have struggled against West Ham (lost 0-3), Norwich (drew 1-1) and Carlisile, with only a 1-0 victory over Bournemouth to show for our efforts at Anfield this season. 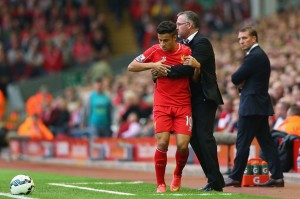 Liverpool may be due a win against Villa at Anfield with the Villains taking their nickname a little too literally in recent times against the Reds, winning two (1-0 and 3-1) and drawing two (2-2 and 1-1) of their last four visits to Anfield in the league. The corresponding fixture last season saw Agbonlahor seal maximum points for Villa, who also knocked the Reds out of the FA Cup semi-final back in April winning 2-1.

Tim Sherwood’s side are struggling in the Premier League currently occupying 17th with a record of one win (1-0 at Bournemouth), one draw (2-2 against Sunderland at Villa Park) and four defeats (0-1 at home to Man Utd, 1-2 at Crystal Palace, 2-3 at Leicester City and 0-1 at home to West Brom). Villa overcame Birmingham in the 3rd round of the League Cup on Wednesday evening with a 1-0 win. They should also be the fresher of the two sides having managed to eliminate Birmingham without the need of extra-time or penalties.

The Week That Was – Friday 25th September