The Week That Was – Friday 21st August

The Week That Was – Friday 21st August

Liverpool won their first home game of the season 1-0 against Bournemouth, with Benteke scoring on his home debut. 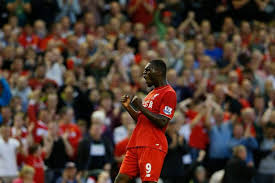 After the game, Bournemouth boss Eddie Howe said he wants “feedback” from the officials. (BBC Sport)

“You can’t beat the decisions and the two big ones have cost us points,” said the 37-year-old Cherries manager.

“The new offside rule is a grey area,” added Howe, who has seen his side lose both of their opening two matches after winning promotion to the Premier League.

“Under the new rules that is clearly offside. Our goalkeeper was affected by the player in front of him. I was very surprised that the goal was given.

“That is the clearest example of the new rule you will see. A yard-and-a-half offside and he is clearly impacting the goalkeeper.

“I didn’t say a lot to the officials. They have a hard job but I will speak to them privately. I want feedback on the decisions.”

Christian Benteke was thrilled by the experience of scoring a winning goal in front of the Kop and revealed the feeling was a major attraction for joining Liverpool. (LiverpoolFC.com)

“That’s why I came here – the support was massive tonight and they helped us,” he told Liverpoolfc.com.

“There’s a lot of work going on, we have to improve on our defensive qualities and we showed today that we can be solid in defence,” he told Liverpoolfc.com.

“If we can get a clean sheet there’s always the possibility of picking up maximum points like we did today so long the may the clean sheets continue!”

It’s early days but this was impressive and it will be intriguing to see how Rodgers works his attacking system should England international Daniel Sturridge actually be fit for a length of time.

One thing is certain: while he is expensive at £32.5m, he has the capacity to be a considerable upgrade on the £20m effectively squandered on Rickie Lambert and Mario Balotelli last summer.

“I saw Joe as a fantastic 17-year-old when I first came across him,”

“He played against Germany in Dusseldorf for the U19s – playing up an age group, which is part of the FA remit to bump talented players up and play them.

“His composure struck me. That doesn’t happen many times in football where you sit and go ‘ooohhh’. There are lots of good players out there but very few who make your back straighten. He was one.

“When we reviewed that game against Germany, Joe’s performance at centre-back was the big standout for me.

“He’s been terrific since he came to Liverpool and I’ve not been surprised.

“I’d seen him play in various positions across the backline for Charlton. When I was chatting about players in my England U19s squad, he was one I was surprised that no Premier League club had come in for him.”