So it looks like we’re getting our transfer business done quickly, early and decisively. Since this initial flurry we’ve added Firmino and look set to conclude three more deals, with Benteke, Augustinsson and Adinkanye. Meanwhile Gerrard, Johnson, Jones, Aspas and Coates have all departed, and there may be several others yet to pass through the frantically revolving Anfield doors – Lambert, Borini, maybe Balotelli, Lucas, Luis Alberto – and Sterling. That could amount to eight in and 11 out. Has there ever been a net movement of 19 players in and out during a summer?

But we kicked off all our summer transfer activity by signing two English players and a Hungarian goalkeeper, all on free transfers, and another ‘promising English youngster’ for £3.5m. With Gerrard and Johnson already departed and the possible departures of Sterling and Lambert, Milner, Ings and Gomez will join Henderson, Sturridge, Lallana, Ibe and Flanagan, and maybe even still Sterling, in our home-grown quota.

Milner and Ings both fall under the general heading ‘unspectacular’, and neither fit the ‘marquee signing’ bill that many are crying out for – it feels like we still need some stardust, though maybe Firmino fits that bill. But they will add some much-needed physicality and are undeniably players who will ‘put in a shift’ (the term ‘English workhorses’ seems almost tautology), though hopefully they’re both a bit more than just that. But the questions remain – what qualities and quality will they also bring to the side, and what will they end up costing us, for vastly differing reasons – in Milner’s case, a top end salary, and in Ings’, the agreed compensation fee, given Tottenham’s random intervention with a £12m offer which appeared to serve no other purpose than to drive up the final fee Liverpool have to pay.

And Adam Bogdan – well if we were to take the uniformly bleak view, he’s come from a Championship team in Bolton Wanderers, and wasn’t even their first choice.  And at 27, he’s no promising youngster. The positive view – he’s only 27, much younger than the departing Brad Jones and surely an upgrade on the Aussie. He was MoM against us at Anfield last season – as quite a few keepers were.

A native of Leeds, Milner began his career with the home-town club he supported, making his debut for Leeds United on 10th November 2002, before moving to Newcastle United after two years at the club. He joined Aston Villa on 29th August 2008 for a fee of £12 million, before joining Manchester City in 2010 for a reported £26 million. His debut was in the 3-0 home win against Roy Hodgson’s Liverpool.

Whilst playing as a central midfielder with Villa, Milner was named PFA Young Player of the Season and in the PFA Team of the Season for the 2009–10 Premier League season; he has played more of a wide role for City and England since, which again may have been a significant factor in his choice of joining Liverpool, where it seems that the lure of regular first-team activity and a central place in the side – in both senses – proved irresistible for a 29 year old whose legs seem far from gone yet.

An athletic and consistent performer, Milner is active around set pieces, taking corners and free-kicks, to which he will add a dimension in the absence of Gerrard, and has been said to have a good awareness of players and play around him.

In total Milner has scored 59 goals in 527 club appearances, and has 55 England caps with one goal. You can find all his career stats from whoscored here.

City fans seem sad to see him go. City themselves did what they usually do – threw money at him – in an effort to keep him, with a reported £165,000 a week offer. Arsenal were also said to be very interested, and the player sounded like he might have responded by fluttering his eyebrows at them.

But it’s Anfield he’s heading for, and I’m sure he’ll get a great welcome. 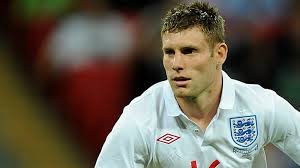 Jamie Carragher assessed the signing of Milner like this:

“You know what he’s about in terms of his work ethic and his great stamina.

“Every time we played Manchester City, the fitness coach would come in with the running stats and he would always blow everyone off the chart.

“That’s his game, so he’ll bring that to the club. He gets goals as well, which is an added bonus.

“He’s also an experienced player who has won trophies and that’s what we need at this time in the squad.” 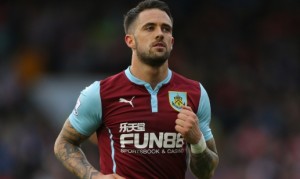 22 year old Burnley striker Ings scored 11 goals in the Premier League last season, including strikes against Everton and Manchester United, and provided four assists, averaging a goal from every 2.8 shots, but his club were relegated.

Given Daniel Sturridge’s injury problems, it’s reassuring to know that Ings only missed three Premier League games last season, when a minor hamstring issue kept him out of a trio of consecutive fixtures in late September.

The England Under-21 international is out of contract at Turf Moor which means the Clarets are entitled to compensation, but the clubs have not yet agreed a transfer fee. If the two clubs cannot agree on a fee for Ings then the price will be set by a tribunal as the player is under the age of 24. Burnley said:  “We have rejected an offer made by Liverpool, but will continue to have dialogue with the club in order to reach a resolution over the fee.”

Ings joined the Clarets from Bournemouth four years ago for £1m and scored 43 goals in 130 games for the club, including 21 during Burnley’s promotion from the Championship in the 2013-14 season, when he was voted the best player in the Championship. He is in the England Under-21 squad for this month’s European Championship in the Czech Republic, June 17th-30th. He already has nine caps for England under-21s, scoring four goals in the process.

The Bournemouth academy graduate’s career began in the Football League Trophy six years ago when he was handed his professional debut at the age of 17 as a second-half sub against Northampton Town. The following season, Ings dropped further down the pyramid, joining Dorchester Town in the Conference South on a short-term loan deal before being recalled by his parent club in December after his prolific short stay.

Ings went on to make 23 starts in League One over the course of the remainder of the season, scoring eight goals including one in the play-off semi-final second leg against Huddersfield Town, which the Cherries lost.

He moved to Burnley that summer, finding himself behind Jay Rodriguez and Charlie Austin in the striking pecking order.

When Rodriguez left Burnley to join Southampton, competition for a starting berth remained tight, with Austin, Martin Paterson and Sam Vokes all pushing for a place, but when Queens Park Rangers came calling for Austin, an opportunity arrived, manager Sean Dyche pairing Vokes and Ings to good effect the following season as Burnley clinched promotion to the Barclays Premier League.

In 2014, the Winchester-born striker launched his own charity, the Danny Ings Disability Sport Project, with the aim of providing coaching to children with disabilities.

Ings will join on 1 July subject to a medical.

John Aldridge believes securing the England U21 international’s signature could prove to be a masterstroke:

“Danny Ings is, for me, a no-brainer,” he told Liverpoolfc.com.

“The young lad scored 11 goals for Burnley, a team struggling for points, struggling for goals – and he’s on the verge of breaking through to the England side.

“He’s [young] and is one who has great potential. He’s a goalscorer, he knows where the net is, his movement’s good and he’s quick.

“He can finish, he’s quite clinical in front of goal, so he’s a player that will only get better.”

“He did very well at Burnley,” Carragher told Liverpoolfc.com following the announcement of the deal.

“You could see his hold-up play and his work ethic, and when he got chances he finished more often than not. He had a very good season.

“He is someone Brendan Rodgers knows from the lower leagues from years before. It will be up to him when he gets chances to try to get goals that will cement him in the first team.” 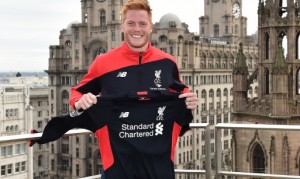 Neil Lennon’s Bolton Wanderers fought ferociously in their FA cup Round 4 tie at Anfield on January 24th, and their goalkeeper won the Man of the Match award with a string of saves to deny Liverpool and earn the Trotters a goalless draw, before Liverpool won the replay on their way to the semi-final.

That the Hungarian keeper was not even the Championship side’s first choice made his performance even more remarkable.

Bogdan made more than 100 appearances at Barclays Premier League and Championship level after signing for the Trotters in 2007. One man who was sorry to see him leave Bolton was Bolton News’ chief football writer Marc Iles, who describes Bogdan as “honest, down to earth and, more importantly, immensely talented as a goalkeeper. They’ve got a good’un in Bogdan.”

Bogdan is almost universally known as Shaggy, apparently, but then they didn’t have Steve McManaman who went under the same nickname.

The 27-year-old has earned 19 senior international caps for Hungary to date and was part of his country’s latest squad for their Euro 2016 qualifier in June.

Bogdan will join the club on a free transfer on July 1 after his contract with Bolton Wanderers has expired.

£3.5m is what it took to persuade Charlton Athletic to part with their highly rated England Under-19 international defender. 18-year-old Gomez, who agreed a five-year deal, will start pre-season with the Reds but is expected to go out on loan, with Championship side Derby thought to be interested.

“It’s a dream come true. It’s a bit surreal and it hasn’t really hit me yet. But I’m buzzing and just excited to get started,” said Gomez.

“The club has got great history, it’s a great club and one that I’ve always been following from when I was young.

“Here was somewhere I wanted to go and get better and learn, and play good football. It was an easy decision.” 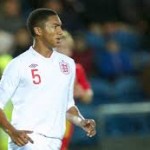 Gomez was in the England Under-17 side that won the 2014 European Championship in Malta, and was named in UEFA’s Team of the Tournament. Born in Catford, London,  he made 24 appearances for Charlton last season, primarily as a right-back – and with Glen Johnson departed and Jon Flanagan facing career-threatening injury concerns, there may be an opening there – but the 6ft 2in tall, physically imposing youngster is a natural centre-back. Strong in the tackle and comfortable on the ball, he possesses pace, composure, discipline, maturity and an air of authority.

Arsenal, Manchester City and Borussia Dortmund were all said to be interested in Gomez. He could prove to be a very shrewd acquisition.

Reasons to be Cheerful, Parts 1-10