This article is initially for TTT subscribers only, but a version will be made free to read at a later date.

For years now I’ve been arguing that cup football can damage a team’s league health, although it was based more on empirical evidence, and a hunch, than anything more concrete. But I feel that I now have the data to prove it.

Obviously a lot of things happen in any given season that are random, and form for any team comes and goes. However, the link between playing lots of cup games and a dip in league performances is a fact  – not just relating to Liverpool but the league as a whole. (As per usual I’ll focus more on Liverpool than other clubs, but this article applies to every single Premier League team.) 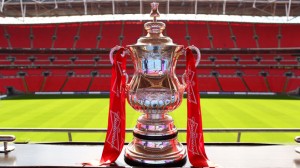 Sometimes we see clubs trying to avoid cup games and think it either makes sense, or that they are disrespecting the trophy, the fans (particularly those who pay to watch on that given occasion) and the notion of football as a whole.

We also see teams win glorious trebles (Liverpool 1984, Man United 1999) and conclude that you can do it all – because they did. We see teams in the Europa League seem to struggle, their form only picking up when they are eliminated. And we see something like Liverpool last season, where playing very little cup football seemed to  be a key factor in doing much better in the league than anyone expected (but the same didn’t prove true of Man United this season, although they did at least manage to return to the top four).

All of these are single examples. But do they prove a rule, or are they an exception to a rule?

I believe I can lay out why that is indeed the case: too much cup football is indeed likely to damage your league form. Just as a motorist can crash at 60mph, he’s more likely to crash at 80mph; but driving at either of those speeds doesn’t mean you definitely will crash.

Therefore playing lots of cup games doesn’t mean you are automatically doomed, but it does have a negative impact more often than not. And, as you might expect, squad size plays an important role.