Liverpool will be hoping to take the confidence gained from the mid-week FA Cup quarter-final victory over Blackburn and use it to get back to winning ways in the Premier League, with John Carver’s Newcastle Utd the next visitors to Anfield on Monday evening; 8pm kick off UK time.

With 4th placed Man City away at 3rd placed Man Utd, the Reds could move to within four points of City if the current champions lose combined with a Liverpool victory over the Magpies. Despite two consecutive league defeats, Liverpool should pick up maximum points against a side who have lost five of their last six in the Premier League – including their last four in a row – and who are ranked bottom on current form over the last six matches. 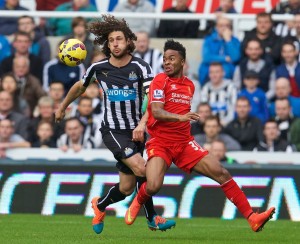 Liverpool suffered a 0-1 defeat in the reverse fixture back in November and if the Magpies do claim a surprise victory at Anfield, it will be their first league ‘double’ over the Reds since 1993/94.

In the corresponding fixture last season Liverpool secured a 2-1 victory with goals from Agger and Sturridge cancelling out a Martin Skrtel own goal, with Newcastle ending the match with nine men following red cards for Ameobi and Dummett.

The Week That Was – Friday 10th April