Liverpool’s final Premier League match of 2014 sees Garry Monk’s Swansea City travel to Anfield for Monday evening’s only top tier match – 8pm kick off UK time – with the other 18 teams all playing on Sunday. Brendan Rodgers will be hoping the Reds finish 2014 with a much needed victory at Anfield,. With just three wins from our previous nine home games in the league this season, the Anfield faithful haven’t had much to cheer this campaign. 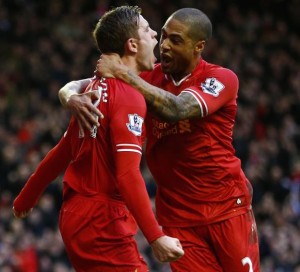 The Swans have never won a league match at Anfield, losing ten and drawing three of their previous 13 visits to L4 and Garry Monk has lost both of his visits to Anfield as manager of Swansea, losing 2-1 in the 4th round of the League Cup earlier this season and losing a seven goal thriller 4-3 in the corresponding fixture last season. Sturridge and Henderson both scored a brace for the Reds with Swansea’s goals coming from Shelvey, Skrtel (own goal) and a penalty from Bony.

Raheem Sterling’s winner against Burnley at Turf Moor on Boxing Day ended a three match win-less sequence and means we have won more times away from Anfield  in the league this season – four win away compared to three at home –  prior to Swansea’s visit. The clean sheet against the Clarets was our third in our last six league games, a vast improvement compared to the two we kept in our first 12 league games this season.

Swansea recorded their second consecutive 1-0 Premier League victory with the home win over Aston Villa on Boxing Day and they’ve also kept three cleans sheets in their last six league games. The Swans sit one place and three points above Liverpool in 8th place and for the Reds to leapfrog Garry Monk’s side, we’d need to win by three goals or more but a victory by any margin would do as we look to end the year on a positive note.

Liverpool’s record against teams managed by Garry Monk (all competitions):

The Swans have doubts over midfield duo Montero (hamstring) and Britton (knee). 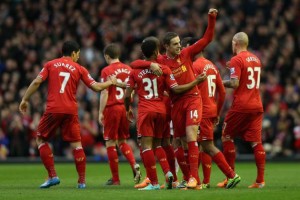 Simon Says, and So Does Simeone ...