Last Christmas Liverpool gave us real heart; this year, to save us from cheer, they’ve definitely not been special. (Ho ho ho.) Big-name players, as well as the manager, have been labelled worse than scumbags, maggots and cheap lousy faggots. O holy defence!, we cried, Don’t fall on your knees (or your arse). Opposing attacks have discovered it’s like Christmas every day.

Despite being top on December 25th 2013, Liverpool were 5th at the end of the last calendar year. But then a transformation took place: towards the spring a brilliant run of 11 league wins in a row. We rejoiced. Then it ended in tears, and, as if hungover with great sadness (and with Liverpool’s large England contingent finished-off emotionally by the World Cup), the second half of 2014 has been one to forget. Despite that, performances, if not results, have picked up in the past week-or-so, to suggest signs of a festive revival. The goals aren’t quite flowing, but the creative football appears to be back.

As well as being the time of year for headbutting someone in a store over an HD TV, stocking up on food as if preparing for a nuclear winter, and drunken office parties with camel-toe and wine, it is apparently a time of hope. 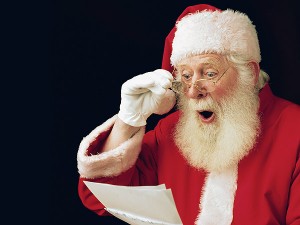 You want who in the January window?

Midfield Dominance, Getting Back On Track