In life there seems to be a really dangerous idea that changing your mind is a sign of weakness. Obviously flip-flopping from minute to minute like the old Fast Show character – who, incidentally, did so beautifully on the topic of football – is a clear sign of total indecision, but we must always be open to reassess our standpoint. This is particularly important early on in your encounters with a subject, when you have been exposed to a limited amount of evidence, given that every new piece of information could double your knowledge.

Equally, just because you believed something to be true 20 years ago doesn’t mean you must believe it now – or be considered some kind of turncoat for reaching a new conclusion.

It’s also important for experts to constantly reassess their stance, because even established truths can the tested, as new discoveries force a rethink of entire philosophies. This is how science works: you go with the evidence, and if the evidence changes, you evaluate those changes. If you are continually trying to crowbar the facts into your own worldview, then that seems more dangerous that admitting you got something wrong.

For Malcolm Gladwell, the idea of changing your mind is vital:

“That’s your responsibility as a person, as a human being — to constantly be updating your positions on as many things as possible. And if you don’t contradict yourself on a regular basis, then you’re not thinking.”

With football, it’s perhaps especially hard to maintain a set viewpoint because, unlike science, the “facts” seem to change (and that’s before getting onto strong emotional reactions that can easily cloud views). Form comes and goes, confidence ebbs and flows, and every game has enough random events to confound even the most knowledgeable of observers. You can play badly and win, just as you can play well and lose. It doesn’t always make sense. 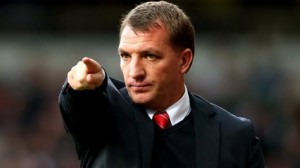 An indisputable fact is that all good players eventually decline with age, but they do so at slightly different rates. And some average players get better with experience. In any given team, some players will be on an upward curve and others edging over the hill. Their confidence levels may differ from game to game, or even within games.

Getting a grip of the football ‘truth’ is like trying to wrestle with a snake in a swimming pool of KY Jelly (now now, Freudians). It is constantly shifting; slippery and elusive. You think you have a hold, then it gets away.

Ex-Player Blues and Divock the Cavalry!