Liverpool resume their Premier League campaign following the international break with a trip to Selhurst Park to face Crystal Palace on Sunday; 1.30pm kick off UK time. The Reds – who sit in 11th place – will be hoping to avoid losing a third consecutive league game and a fourth in all competitions when they face Neil Warnock’s side, who sit just outside the relegation zone courtesy of goal difference.

The Eagles will also be hoping to avoid a third successive league defeat following losses against Sunderland at home (1-3) and Manchester Utd away (0-1). Crystal Palace are 18th in the form guide table having only picked up four points from their last five Premier League games – a 2-2 draw with West Bromwich Albion (a) and a 2-0 victory over Leicester City (h).

Following the 1-2 defeat against Chelsea at Anfield, Liverpool dropped down to the bottom half in the league and to 13th in the form guide with two wins, two draws and two defeats from the last six league games. 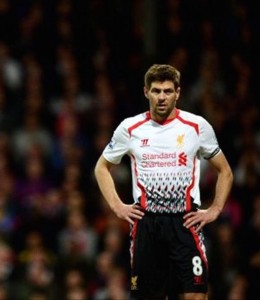 Liverpool and Palace have been involved in some memorable encounters, from the 9-0 hammering we handed out to them at Anfield in our last title winning season, to the epic FA Cup semi-final during that same season, which Palace won 4-3 after extra time. Then there was the 2001 League Cup semi-final matches which saw the Eagles claim a 2-1 first leg win at Selhurst Park (followed by some motivational comments from Clinton Morrison), with Liverpool smashing five past the Eagles at Anfield in the second leg. Then of course, there was last season’s 3-3 draw at Selhurst Park with Liverpool 3-0 up with 11 minutes to go only for the match to finish 3-3. It would be fitting for Liverpool to kick start their season with a victory at the same venue where last season’s title challenge was severely damaged.

Liverpool have a crucial Champions League encounter with Ludogorets (a) just three days after this match but with Brendan Rodgers categorically stating that the Premier League takes priority over the Champions League, we should field a strong side against Palace on Sunday.

A Dossier, Irony and the Wonderful World of Football