This Shit Is Getting Real … Must Win!

This Shit Is Getting Real … Must Win!

Yes, the must-win games are coming thick and fast. Including the Champions League matches, there must be 40 must-win games left. Suddenly you realise why being a football fan is so exhausting.

Indeed, simply watching Liverpool since April has been hard going. You end the match feeling a nervous wreck. As the top teams generally win a greater percentage of their games than 20 or 30 years ago, there’s less room for error. And to make matters worse, games are spread out over the weekend, making it an ordeal. If rivals slip up the day before, you must win to capitalise; and yet if they win the day before, you must win, to keep up. 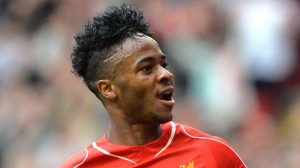 Tired of all the nonsense.

I thought the first-half performance against QPR was about as poor as it gets, and for the whole game the defence was an absolute shambles. It’s embarrassing to watch, as there appears to be no understanding, and too much ball-watching. Play the ball to the far post – not a complicated tactic – and all Liverpool’s defenders run over, and then can’t deal with a simple header across goal.

And yet, due to some counter-attacking brilliance (and luck), Liverpool sit 5th, albeit well adrift of Chelsea in first. You have to wonder how long the Reds can keep salvaging something after defending so chaotically, but even though they relied on two own goals (and a deflection), it was good play that created those slices of fortune.

And at the other end, Mignolet, who inspires no confidence from crosses, earned his shot-saving corn. If Liverpool earned their good fortune going forward, they didn’t earn the rub of the green when QPR kept narrowly failing to score (but they’ll take it). For a team that’s only played really well once this season to be in 5th place and not out of the running in any cup competition suggests something must be right, even if it’s hard to put your finger on it. On average the Reds have played their best football in the FA Cup in 2014/15, not least because they don’t kick a ball in the competition until January.

And yet I have little doubt that Liverpool will play better against Real Madrid. Ever since the Reds stopped being a ruthless winning machine at the end of the ‘80s, there’s usually one constant: the Reds will play well at Anfield against glamorous European opposition. Or, at least, start well. Go a goal or two down early on, and it could get ugly.

From the start the tempo will be high, the crowd will be vocal, and people will say “why didn’t they play like this at QPR”?

Well, why didn’t QPR play this well away at Burton, who knocked them out of the League Cup? Why didn’t Boro play as well as they did against Liverpool in a number of their league games against far worse opposition? It’s because teams rise to the occasion, and, conversely, often drop a level when the standard is lower. The best teams tend to beat everyone, but they’re the best teams.

In midweek, Liverpool’s strongest possible XI (from those who are fit) will be playing, with no one rested, and you won’t have three or four players trying to avoid injury.

There will of course be a number of issues, but at least Real Madrid won’t be playing tons of long balls and trying to gain set-pieces.

Mario Balotelli remains a problem for Rodgers, although he’s a lightning rod for excessive criticism. His leisurely style seems to lower the tempo, in direct contrast to how Suarez upped it, but he can do good things in wide and deep areas; he just can’t be Suarez. He has zero confidence in front of goal right now, and takes too many pot-shots from distance. But he’s played better than Lambert, who has also been short of confidence (since missing a penalty in pre-season), and yet he’s the opposite of Balotelli in how badly he wants it. He’s trying too hard.

Lambert’s issue is that the legs have gone, and as such isn’t capable of running in behind (whereas Balotelli can, he just likes the ball to feet). Lambert is playing for Liverpool like the young boy who was rejected for not being good enough, not the one who gradually built up his reputation in the lower (and then higher) leagues. If he can indeed work any magic, Steve Peters needs to get his wand out and start waving it about. (Note: this is not a euphemism.)

Play Balotelli and you lose tempo and work-rate. Play Lambert and you lose pace. Play them both and you lose a creative threat from midfield, and you’re starting two players low on confidence. Play Borini and you get the work-rate but not the quality, and again, he has no confidence. Play Coutinho from the start and for some reason this season he’s looked lost, yet has changed two games as a sub. Whatever Rodgers does, he must play Sterling, apart from when he needs to be sensibly rested. Easy, huh?

Play Sturridge and you get it all. But he’s injured, again.

Liverpool desperately need Divock Origi – another 19-year-old saviour – but it’s unlikely to happen in January unless Lille drop into mid-table mediocrity (and out of the cups), and are willing to accept a bonus payment to sweeten the deal; the irony being that Origi is the one who has got them up to 7th. He is precisely what the Reds need, and yet in order to get him they had to wait another year.

It’s nerve-wracking stuff, this Liverpool lark. Every game feels like a ‘must-win’, and yet with this back four (or any back four from the permutations available to Rodgers) feels ready to undo any good work in an instant. Despite people thinking that bad defending cost Liverpool last season, I believe that the overall approach got more out of the set of players than we had any right to expect; and to try and change it in the final games would have been unnatural to them. Rodgers had to go with what had worked, and going gung-ho had worked.

However, Liverpool aren’t scoring as many goals right now – OG is their joint-top scorer – and yet the defending feels no better than it did in those end-to-end games of the spring; if anything, it feels worse. The final few minutes at Loftus Road summed up the team’s strengths and weaknesses. The only good news this season is that the league table doesn’t look as bad as it should.

The second half of this post, on why football has become more “must win”, is for Subscribers only.