Two weeks have passed since Adam Lallana and Jordan Henderson scored in Liverpool’s 2-1 victory over West Bromwich Albion, and the trip to Loftus Road to face ‘Arry Redknapp’s Queens Park Rangers on Sunday – 1.30pm kick off UK time – begins a sequence of seven games in 21 days across three different competitions. The international break has once again not been kind to Liverpool, with both Lovren and Markovic picking up injuries while on international duty with Croatia and Serbia respectively.

Liverpool have a poor record against teams managed by Harry Redknapp on their home turf, with the Reds having suffered 13 away defeats from 20 matches, with only four victories to show: 2-1 over West Ham at Upton Park in 1996, 2-1 over Portsmouth at Fratton Park (FA Cup) in 2006, 3-1 over Portsmouth at Fratton Park in 2007 and 3-0 over Q.P.R. at Loftus Road the season before last.

Q.P.R. however are currently propping up the table with four points from their first seven Premier League games. They’ve conceded the second most goals (15), scored the joint second fewest (four), have the worst goal difference (-11) and lost the most (five). Their only victory so far this season was the 1-0 win over Sunderland at Loftus Road at the end of August. 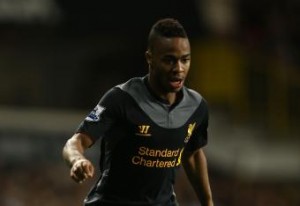 We won the corresponding fixture last season 3-0 courtesy of goals from Suarez (2) and Daniel Agger, making it four wins from our last six league visits to Loftus Road dating back to the 1992/93 campaign. Considering Liverpool have a Champions League encounter with Real Madrid just three days after this match, it will be interesting to see what kind of team Rodgers picks and especially if Raheem Sterling features against his former club.

We Must Do Better

TTT Tactics #2: "More Often Than Not"