In Part 1  Tony looked at the search for a winning formula in football. Today he explores the chance occurrences that can lead to success.

Nabokov: cited in Thinking in Numbers by Daniel Tamnet. 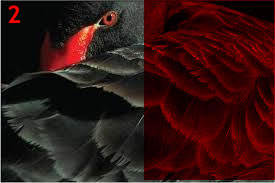 Nabokov would have hated Twitterdom. That unholy place is inhabited by multitudes who do seemingly profess to know everything about one thing; football ‘experts’ so knowledgeable about the game without actually being in the game itself. In truth they get to create illusory realities; convenient approximations that cut through pandemonium complexity and noise; no one gets to hold the world in their hands; nor can all it contains be registered in one single mind.

And this explains why success is not wholly at the disposal of any single individual who plans for it. Blueprints cannot address all significant variables that exist in the present; and the further into the future you plan for, the more your ability to predict degrades. Too many unforeseen events will loom. But, on the flip side of the coin, and with hindsight, we can see how success was attained – via unplanned events.

Liverpool finished second in the 2013/14 season. But that outcome is a superficial end; it belies infinite events and happenings that played a huge influence and role. We will try and get closer and closer to reality, bearing in mind the caveat that the complete picture will remain ever elusive. Nonetheless, exploration beyond the surface can help reveal much that is generally not known.

A warning: if Liverpool finishing second is where you wish to rest your laurels then discontinue reading. Be mindful of that scene in Planet of the Apes where Dr Zaius (Ape) warns Taylor (Astronaut human being) not to venture in the direction of his intent, since he may not like what he finds. Taylor ignored this advice and found a derelict Statue of Liberty wrecked upon the sands. It shattered a previously held illusion: this was not a different planet but Earth itself, except different creatures had become the dominant race. Taylor was beside himself with grief.

What brings a Scotsman, a North Easterner, and a sprinkle of Scousers together in one location? Not the opening line to a bad stereotypical joke but a random occurrence in life that became a reality. What’s more it became a perfect blueprint without it intending to be a perfect blueprint; it was decreed by no one. You know the names: Shankly; Paisely; Fagin; Evans; Moran etc; a concoction of ex-players, some born locally, joined by a charismatic guy from a Scottish mining town. Such a random event, it will never work.

We got Shankly just after the Army got Elvis. In 1977, the year of Elvis’ death, Liverpool won their first European Cup; the scale of evolution and the longevity of such, is manifest therein. Sometimes, things take time… a long time.

There was change and there were mistakes; more to the point, it may never have happened at all. In the archives, there is a beautiful and wonderful interview with Paisley’s wife. The latter, sitting in the mundane setting of her living room, far removed from any football environment, talks about her husband’s reluctance to take the ‘job’. She recounts telling him that she believed “he could do it”.  Blimey, it could have been the foreman’s job at the factory they had been discussing; in a way, for them at least, it was. What if Paisley had declined?

Prior to Paisley, Huddersfield had not wanted to part with Shankly and that is where it all began. If history turned on a decision and Shankly had elected to stay in Yorkshire, would Huddersfield have become one of football’s giants? We will never know and it now sounds ridiculous, but so was the state of Liverpool Football Club when Shankly chose us.