When the move for Mario Balotelli was mooted in the summer I wrote a piece saying the club should avoid him like the plague. So I might be forgiven if I started crowing that I was right, and drawing your attention to said piece. Instead I’ve been running a gamut of abuse on Twitter for sticking up for the guy.

And it’s not even like I’m saying he’s been a great signing. Clearly it’s not working out as hoped, but whenever there’s excessive and unjust criticism of someone connected to Liverpool FC I make a point of doing my bit to redress the balance.

Twitter is like having thousands of taxi drivers and insurance salesmen and public school teachers giving you an uninvited lowdown on the game. If in ‘real’ life someone asks me what I do, I’ve taken to telling them I run a website. If I say I write about football they instantly start telling me everything they know about the game. It’s usually ill-informed clichés because, actually, they don’t know that much; but boy do they like telling me what they know.

It’s hard to gauge how to respond, because it’s clear they have no grasp of the subtleties; some don’t even have a grasp the basics, although they usually know just enough to sound dangerous. If I happen to mention that I write about Liverpool FC, they tell me all about Liverpool FC, as if I wasn’t aware of any of it. Rarely do they ask what I think, or what I know – they just parrot something at me.

While I don’t claim to be the sport’s biggest expert, I have spent the majority of the last 15 years studying it in one form of another, having spent over 20 years playing it. I wouldn’t dream of telling a taxi driver how he should change gear or how to maximise his fuel consumption. And yet I also drive a car: doesn’t that make me qualified to proffer an opinion? (As an aside, during the Hull game I was called a ‘self-appointed expert’. I’m pretty sure I had to be taken seriously by people before I got to this level?)

My point here is that we all rely on snapshots, soundbites and snippets to inform our opinions in areas that aren’t our area of expertise. I write about football but with a focus on Liverpool (and also, through my work on the Transfer Price Index, on the nature of transfers and how they affect success). I am not, however, an expert on Inter Milan, Manchester City or AC Milan, nor on the Italian national team. I just know that over the past few years, lots of people have gone on and on about Balotelli’s faults. I discovered a lot more about him once he joined the Reds, and funnily enough, it wasn’t all bad. But in the summer I got caught up in the tide of disdain. And now, because of his reputation, he’s getting the blame for pretty much all Liverpool’s ill.

Rather than hoping he fails so that I can dig up the aforementioned article to show what a genius I am, when I watch Balotelli I try to assess what he’s doing, every time he does something. I know all about the hugely important issue of confirmation bias, so whenever I write – or even just think – about anything, I question myself. Every single time. 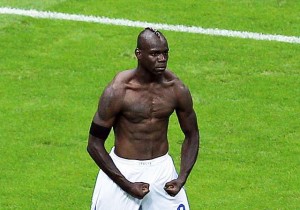 Clean Sheets, Sturridge and The Return of Cecil