Five time Champions of Europe, Liverpool commence their first Champions League campaign in five years with a Group B clash against Bulgarian champions PFC Ludogorets Razgrad at Anfield on Tuesday evening, 7.45pm kick off UK time. It’s just over 50 years to the day that Bill Shankly’s league champions embarked on the first European campaign in the clubs history by thrashing Icelandic outfit KR Reykjavik 6-1 at Anfield (11-1 on aggregate). 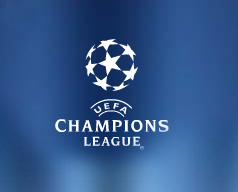 While this is our ninth season in the Champions League, Ludogorets are making their Champions League group stage debut having overcame FC Steaua Bucureşti on penalties in the play offs. They did so in extraordinary fashion. With the aggregate score after two legs level at 1-1 and with the tie one minute away from going to penalties, Ludogorets goalkeeper Vladislav Stoyanov received a red card for a second bookable offence. Having used up all of his substitutions, Ludogorets manager Georgi Dermendzhiev had no option but to move defender Cosmin Moti between the sticks. The tie went to a penalty shoot out and Moti promptly put away Ludogorets’ first penalty kick and save penalty kicks from Paul Parvulescu and Cornel Rapa to seal Ludogorets’ place in the Champions League group stages.