The fear fans have of being mocked struck me quite clearly yesterday, as I suffered a deluge of Twitter hate. After a week of the TTT book being trolled on Amazon with fake anti-Scouser reviews from fans of other clubs, some Liverpool fans joined in by giving the very idea of the book “about” finishing 2nd a good social media kicking.

“Proper cringey” was the call from several, mostly younger fans, in their trendy argot. “Dead cringey”. It occurs to me that they are engaged in a pointless, petty war with the fans of other clubs – World Bantz War I – where point-scoring is how they measure themselves. They don’t support a football club to enjoy it as an internal experience, but to boast, mock, snipe and piss on the chips of the misfortune of others. These are sad characters, unable to live in the real world, unable to do anything constructive, for which risk is a necessity. 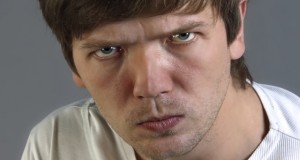 Last season was pure footballing enjoyment. Right now, to those so upset by our book, that memory has been trodden on and ground down into fine dust, digested by rats and shat out in sewers as a new pestilence. It was all about disgust and horror, serious aversion to a book.

Sensing a wagon to jump on, the bookmakers who sponsor Fulham (I didn’t know their name either) had the gall to highlight “a book about winning nothing” when linking to They Dared To Dream.

Well, what about all the yearly books by Richard Allen, a fine Fulham FC writer? (Although I’ll steer clear of his biography of Roy Hodgson, for which he sought my Liverpool FC perspective.) These bookies probably don’t even know they exist. Right now it’s just a voguey fad to be a bookie and make comments about other’s ‘misfortune’. Maybe they’ll turn up at a bookstore dressed as the Grim Reaper, or fly a banner over our houses?

Steven Gerrard’s slip has become the apotheosis of schadenfreude: the whole country apparently united behind one man falling over, as if he was some kind of comedy figure; as if he were actually Robbie Savage. Yesterday I had abusive tweets from Chelsea fans who had a picture of Gerrard’s slip as their avatars. As comedians in the early ‘90s used to say, What’s that about?

Yes, I may write or tweet about Manchester United and Everton, just as I’d expect every fan of those clubs to express an opinion on our club. But I don’t lob shit-grenades over the fences of rival fans. I don’t go into an area dedicated to them – their site, their books or DVDs on Amazon – and post “bantz” (lolz). As I said recently, although TTT gets a lot of click-throughs from all the major LFC sites, the biggest referrers are the United site Red Cafe. Seriously guys, it’s not healthy. Indeed, it’s kinda creepy. It’s a kind of online voyeurism. Stop peeping through our window, guys.

The good news for me is that their attention has helped drive a big increase in sales of the book, so who’s losing here? No me, not TTT. But still the outraged rail against the very notion of such a book.

Shame on me for enjoying last season. Shame on me for not being some snarky, cynical gobshite for whom every event in the world is an excuse to pour lashings of scorn and contempt from a safe distance. I can be as miserable and caustic as anyone (see my output in the autumn of 2010, listen to my record collection), but it’s such a cowardly position to take up on a full-time basis. If you like something you’re open to mockery. Fuck you, for liking that thing that you like. Fuck you!

Teenagers hate everything. And that’s what, to me, a lot of this noise sounds like: teenage boys sat in their rooms, worried that their cocks aren’t as big as the ones in the porn clips they’re watching as they knock out an uncontrollably quick one over a laptop. (By this I mean a portable computer.) Moaning, whining, whinging, angry about the sad, atrophied organ drooping in their hand, angry at their enormous, outsized impotence. (I use this imagery as it seems that the trolls are rarely, if ever, girls – at least when it comes to football. Most female football fans seem to enjoy the game for what it is.)

The world doesn’t take these keyboard warriors seriously offline, so they become online vandals, graffitiing the work of others.

One LFC blogger went on a 10-tweet assassination of the book and my right to produce it – because, as someone who, prior to last season, was not totally convinced by Brendan Rodgers, I’d given up my rights to an opinion. The book meant I lacked integrity. Where is that written in any rulebook of life? I can hear him screaming “You can’t do that! You can’t do that!” like a kid over the park upset when someone isn’t playing by his rules.

Here’s the thing: if you don’t like our book – which is written by people of all ages, sexes and mental outlooks – don’t buy it. It’s not a celebration of finishing 2nd, it’s a book about a season in which Liverpool happened to finish 2nd. It was started at a time when the Reds could have still finished 5th or 6th. It was started because we thought “this is fun!”.

It was started because in many seasons past I started books on the unfolding season between December and February, and guess what – it takes a while to write one, and it’s not done after the season ends. You make a decision well before the middle of May.

Buy it, don’t buy it. But we had every right to produce that book, just as we have every right to enjoy 26 wins from 38 games and 101 goals. Why should we care about the opinions of fans of clubs who finished below us last year? (And I haven’t had any bantz from Man City, just Chelsea, United, Everton, Arsenal and, um, Fulham. And yes, Manchester United did release a season-review DVD.)

If that embarrasses some Liverpool fans then I suggest they clean up the Kleenex, get out of their sour-odoured rooms and head out into the blinding light. Get a girlfriend (or a boyfriend). Get some perspective.