Eight wins in a row and 11 wins from our last 13 – scoring 44 goals and conceding 16 in the process – has seen us enter April top of the league, two points clear of Chelsea and four above Manchester City, although the latter does have two games in hand. The 4-0 rout of Tottenham at Anfield last Sunday was the 11th game this season where we’ve scored four goals or more, setting a new Premier League record. The Reds make the trip to the Boleyn Ground on Sunday – 4pm kick off UK time – where Sam Allardyce’s West Ham side lie in wait. 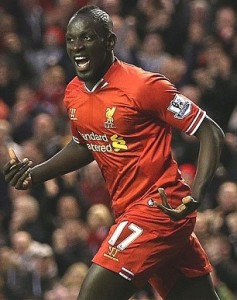 Liverpool recorded a 4-1 victory over West Ham at Anfield back in December, making it the sixth time in our last eight matches against the Hammers home and away that we’ve scored three goals or more. Goals from Guy Demel (own goal) and Sakho either side of half-time put us 2-0 up before a Martin Skrtel own goal on 66 minutes put the Hammers back in the game but a late brace from Luis Suarez (81′ and 84′) sealed the three points for the Reds. The corresponding fixture last season saw us claim a 3-2 win.

West Ham secured a 2-1 win over Sunderland at the Stadium of Light on Monday evening and sit in 11th place with 37 points, 11 points clear of the drop zone. That victory over the Black Cats was their sixth victory in their last nine league games (18 points from a possible 27), which is an impressive run considering they had won just four of their 23 Premier League games played prior to February 1st (four wins, seven draws and 12 defeats; 19 points from 23 games). Only Chelsea (14) have kept more clean sheets than Sam Allardyce’s side, with six of their seven draws this season being scoreless affairs.

With our titles rivals both playing on Saturday at home against teams in mid-table – Chelsea (2nd) v Stoke (10th), Manchester City (3rd) v Southampton (8th) – the Reds will head into the match against West Ham on Sunday knowing that a victory will either take us back to the top or create some distance between ourselves and our rivals depending on how their results went a day earlier. An advantage that shouldn’t be downplayed at such a crucial stage of the season.