Robert Enke; a Lesson to be Learnt

Robert Enke; a Lesson to be Learnt

When I was starting out blogging, the most popular articles would invariably be those looking at young players. There seems to be an insatiable desire to get to know of prospects before anyone else; to be able to make predictions about a player’s place and future in the team.

As the years progressed, however, I stopped writing such articles. Partly it was a decision that came about out of a desire to write pieces with more substance to them. But there was another equally as powerful motivator: the realisation that these were kids that I was writing about. Any criticism of them, even the most innocent, might have a disproportionate impact on them should they get to read it.

That view was reinforced when I recently read “A Life Too Short”. This biography tells of the life of Robert Enke, a goalkeeper who had battled back from a misjudged move to Barcelona early in his career and returned from obscurity to the national team where he was to be the German number one at the 2008 World Cup.

To anyone who saw Enke play, he was a confident man who handled with ease the most difficult position on the pitch. Yet that was a misleading picture because he suffered from excruciating self-doubt throughout his career something which eventually led to two bouts of clinical depression and, ultimately, his suicide. 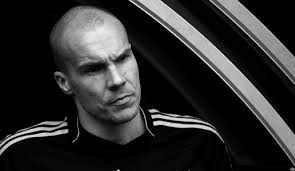 It is a brutal examination of the world of football, of how little the people who are involved in the game think about the human aspect. Many are too self-absorbed to worry about the impact to those around them whilst others think that they know everything about the game and want to impose their beliefs on everyone else.

It is also a book that should shame any fan (or writer) who has excessively criticised a player after a few negative performances; or those who turn on players for perceived slights on their club.

Of course, football at the highest level is a highly competitive sport where a certain degree of mental strength is required in order to succeed. This, however, does not mean that it makes sense for coaches to be blind to the emotional needs of their players. And, certainly more should be done to break down the corrosive belief that a player who talks about depression is one who will never be able to play at the highest level; a fear that kept Enke from going public with his illness and, to an extent, stopped him from seeking the help he needed.

For any other level of football – particularly at academy level – there simply is no excuse. That is why I’ve stopped writing about young players. And that is why I hate it when I see people writing dismissive, often spiteful, comments about such players. These aren’t mature men with the experience for handling criticism (even, if, as Enke’s case proves there is no age barrier to sensitivity) but boys for whom this can have a devastating impact.

As fans there is always the temptation to view matters from the perspective of the club. Players are judged on their potential to play for the first team and, if that looks unlikely, they are dismissed as cattle to be traded or put down. It is a natural reaction, but that doesn’t mean that it is right.  The consequences can be pretty tragic.