Does Anyone Actually Enjoy Football Anymore?

Does Anyone Actually Enjoy Football Anymore?

Modern life grows increasingly hectic. Equally, the game of football becomes ever more frantic, and with it intensifies the experience of the fan. Years ago, the old grainy black-and-white days – before the era of hooliganism – it seemed that people enjoyed the game for what it was; it’s hard to see their humour and innocent songs as anything but a simple and yet important pleasure. That gave way in the ‘70s to serious fighting.

And now, in the post-hooliganism age, people are no longer at war in the stands (or a nearby car park), but  almost everyone – whether match-goers or couch dwellers – seems so angry, so confrontational, so unhinged. Not just during the 90 minutes, but across all 168 hours of the week. I often see people asking if anyone actually enjoys football anymore, and yet we all seem more addicted than ever.

Perhaps part of the problem is that we just can’t escape it anymore. It’s everywhere, and it’s there all of the time. 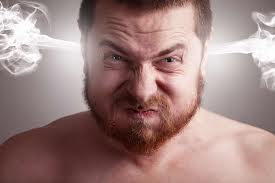 Maybe it was always the same, but it feels like emotions are heightened, with the timescales of olden days – in terms of our own sense of patience and control – condensed.

In the age of micro blogging and social media, we feel elation after one game, the end of the world after the next. In between, we are looking for news to cling to: a possible signing, a rival losing, another team’s manager being sacked or an injury to one of their players (or even, for those really unhinged fans who take it too far, an injury to one of their own team’s whipping boys).

And of course, at any time of the week on social media, there are journalists, pundits and fans of other clubs either innocently or provocatively leaving themselves open for insult. After all, TV and radio programmes are now specifically designed to encourage tension and confrontation. It’s how life is.

There’s no downtime, no head space. To be a football fan in 2014 is to be mentally ill. It’s a form of mania.

It’s an age of information overload. There has never been better, but more importantly, such wide-ranging football writing. Every angle is covered, every peccadillo catered for; stats, tactics, analytics, interviews, analysis, opinion and more, applied to the football of numerous countries.

I’m amazed at what some people are creating. And yet I feel like I’m drowning in football information. However, as a writer who wants to understand the game, I can’t just clamber out of the water and walk away. Equally, half the time I don’t know where to start. I bookmark so much stuff that will never get read, but which will nag away at me.

And of course, it’s not just football information. This site, and its writers, are interested in psychology, logic, probability and a whole host of areas that in some way relate back to our experience of the game.

And no matter who you are, and what your interests, you’re probably also inundated with a deluge of trivial nonsense – other people’s bullshit – in your daily lives, all of which burrows into your brain.

So, how do we cope with it all?