Flashback to England, in the late fifth century.

King Arthur and Sir Bedevere are at the front of the group deep in conversation.

Sir Bedevere: “And that, my liege, is how we know the Earth to be Banana-shaped”.

We’re now back in the present day, where we mock the idea that anyone could believe it was possible to think of the Earth as being banana-shaped. We know for a fact that if the Earth was being described in terms of which fruit it resembles, it would be Orange-shaped. And we feel the sense of superiority which comes with that confidence of knowing we are better than these Banana-Earthers.

Could I please ask that you at least entertain the idea that it is possible that at some stage in the future we too will be mocked for thinking some of the things we think today by people who will know better? You could say it wont be much different to them sniggering at our tastes in fashion. I’d suggest that our ideas are as much a passing fashion of their time as our ‘period’ clothing (granted the time-scales of idea fashions may be a little longer). A feeling of frustration may accompany this recognition. If only we could see the way that they will see in the future we would be able to reach the same conclusion ourselves and give up wearing our retrospectively ridiculous ‘fashionable’ ideas, move on, and adopt the ‘new look’. Kathryn Schultz describes this as ‘Error Blindness’, suggesting that

“We are necessarily and definitionally unable to sense or feel or know about whatever beliefs we currently hold that might be wrong.”

Look at ourselves, look at our ancestors, look at our descendants. Whatever we think of them and they may think of us, across these generational grand canyons hopefully we can agree that we were all doing the best we could with the light we had to see with.

Now, while you may find it hard to go outside and find a real-life example, you can probably easily imagine the idea of a person who is unaware of people having views that are different to their own. For this rare species, not only has it never occurred to them that there may be another view, but because of the lack of contrast, they are not even aware that they hold a view.

Clearly it would be much easier to go out and find someone who is aware that there are other people with views different to their own. You may even think that these people make up the huge majority you can see around you every day.

I’m going to ask you to now split this imaginary majority group into two. One group will be made up of those who, while acknowledging that there may be multiple views, believe that one of these views must be the correct one. They may call it many things. The truth. The facts. Reality. Common sense. The Bleeding Obvious. Whatever they call it, they believe there is one correct view amongst a multitude of wrong views.

This raises all sorts of interesting questions that I will walk on past without being distracted into discussing here. Questions like, how do they make sense of people having a different view to them when, by their definition, it is wrong? Questions like, how do they explain those people who tell them that what they believe to be true is unbelievable? Questions like, if they are not sure what is true themselves will that mean they will welcome leaders who tell them that they can be sure for them? Questions like, if I am someone who gives an appearance of being confident in my own certainty does it make me a tempting leader and so attract followers seeking to eradicate their uncertainty and doubt?Questions like, does this mean that all views different to our own are ‘wrong’? Or does it mean that we just aren’t able to understand how it can be ‘right’….. yet? Questions like, do we still need to disagree, argue, fight and kill to ensure the survival of the ideas in our heads?

A question I’d prefer to look at would be this. If what I believe is right (and by definition those who think differently are wrong), how have I ever gone about changing my mind? Often we struggle to accept change, so it may feel a little easier to accept if we believe we are replacing one certainty with another ‘new improved’ certainty. Maybe then we can tell ourselves that we just got it wrong last time? If we take a life-long view we can see a string of such ‘improvements’. It would not be a big step from there to then looking at this chain of ‘up-grades’ and concluding that what we are seeing here is in fact ‘progress’. We are getting ‘better’. We are getting closer to the correct view. If we had a ‘Certainty Sat-Nav’ it would tell us that the truth is just around the corner from here. 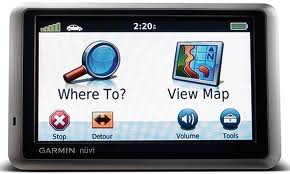