Luis Suarez says he knows nothing of any interest from Real Madrid and insists he is “comfortable and happy” at Anfield (Daily Mirror).

“I know nothing of any interest from Real Madrid, and I am happy with Liverpool,” Suarez told Uruguayan radio station Sport 890. “In the team we are all really excited, and looking forward to a good season. We have been at the top so far and we are still aiming at the top.”

Jamie Carragher collected the Premier League Player of the Year title at the North West Football Awards last night. The award is voted for by the fans.

It’s the second consecutive season this particular award has gone to Anfield after Martin Skrtel’s success at the 2012 Awards night.

Anfield starlet Jerome Sinclair, who made his senior debut in the Capital One Cup at West Bromwich Albion last season, was named Rising Star of the Year. 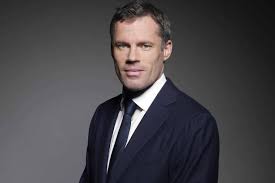 Just like what seemed the whole of the last transfer window, Liverpool and Spurs are chasing the same player – allegedly. This time it’s Barcelona’s 21-year-old attacking midfielder Sergi Roberto, and the two clubs are preparing bids of around £15-17m.

Fulham’s Sascha Riether has become the first player to be charged under a new retrospective action scheme after appearing to stamp on Man. Utd’s Adnan Januzaj last Saturday. Under the new rules, a three-man panel of former elite referees looked at the incident and advised that Riether committed an act of violent conduct.

The Football Association of Ireland confirmed the “management appointment process with Martin O’Neill & Roy Keane is at an advanced stage”.

TTT subscriber, author and contributor Si Steers wrote this piece on ‘Why Jordan Henderson can be integral’ on the official site. Here’s an extract:

Henderson doesn’t always get the credit he deserves from supporters. This season he has sacrificed his natural instinct to provide the mobility and energy we have needed in midfield. Henderson is a natural athlete, and is the most athletic and mobile midfielder we have at the club. As a consequence, he gets through a huge amount of running every game.

Henderson has taken on a lot of responsibility this season, he works hard at pressing the ball all over the pitch. The chance he had against Arsenal was something I think he really needs to look at in order to push his game on to the next level.

Thomps1892 posted a Bleacher Report interview with Brendan Rodgers, reproduced on the official site, in which the manager talks about his desire for players with ‘courage’:

“I think my history as a coach shows I like players who are gifted technically and have courage when it comes to being in possession of a football. That is a key quality for me; can you be brave on the pitch, not in terms of 50/50 tackles, but having the ball and looking to play in areas others wouldn’t?

It’s a big part of the modern game, and it’s important as a modern manager to embrace areas that can help your team and players improve. However, statistics and numbers are no good unless you have good people to analyse and then interpret their meaning and importance.

Read the interview in full here.

Jonrushton posted Michael Cox’s analysis of the Arsenal game on zonalmarking.net, while Beez posted a Guardian interview with the ever-impressive John Barnes, talking about racist abuse in football and the Ya Ya Toure incident and featuring this gem:

“Racism is never personal – it’s about someone saying the group I am part of is superior to the group you are part of. How, for instance, can a handsome, talented, beautiful black footballer be personally affected by a fat, ugly, unemployed fan calling them a black this or a black that?

Rodgers’ side were eventually well beaten, but it’s hard to fault many of his decisions. It was understandable to start with the 3-5-2 given its recent success, and the decision to keep Henderson central made sense considering his performance in this game last year. His forward charges from the top of midfield allowed Liverpool to break dangerously.

It was also a logical early decision to revert to the 4-4-2 with Coutinho coming inside off the flank – he was dangerous, if frustratingly ineffective with his passing. Moving Henderson to right-back, in order to accommodate another attacker also made sense, with Liverpool having a good spell of late pressure.

Bazz wondered whether Gerrard making fewer runs may be the result not of age but of seeking to avoid injury:

A lot has been made of Gerrard’s lack of mobility. I’ve been wondering if he actually has lost any pace, or does lack mobility and I don’t believe he has lost much of either. I have no evidence to support this but neither have I seen eveidence supporting the opposite. However, he is clearly playing a different role and making less runs. But he’s also injured a lot less.

I think what we need to ask ourselves is are we better off having Gerrard fit for every game (and unfortunately playing 100% of those as a bi-product) or having him scoring 6-10 open play goals and being injured for 10-20 games that we don’t get to choose.

Timbo thinks that our upcoming games will shape our season more than the defeat at Arsenal:

I can’t be too unhappy about being beaten by Arsenal at the Emirates (don’t get me wrong, I’m always unhappy at some level when LFC get beaten by anyone). I just don’t think that this result is of any particular significance at the moment.

The upcoming games against Fulham, Norwich, Hull, West Ham and Cardiff are the ones I will be making judgements against.

I really like Jonny Nic and his book about eating meat is a great read. I like him because as well as a soft spot for LFC he is one of very few advocates of Rafa, and I think this article is a good read, with a few truths. But also, as you might expect from an outsider looking in from a distance, it also gets a few things wrong. It seems harsh on Rodgers to me.

I do find it fascinating that Nicholson can see the bafflingly erratic nature of our displays, and that we have half a great team but it doesn’t all add up.