Alchemy and Elephants – Part One

Alchemy and Elephants – Part One

The TTT community has produced an astonishing body of work since 2009. The thinking, in my opinion, is of a consistently high quality that represents a diverse set of perspectives. This genuine co-existence of ‘diversity’ and ‘quality’ is not common (think about your workplace or any other group that you are a part of) – and yet, it’s my view that both must exist if innovation and evolution is to occur.

My intention is that this article will be one of a series where we will ultimately create a design for a ‘talent factory’. My initial thinking is that this would be aimed at the amateur community – running in parallel to existing academy structures.

This project has been in my mind for a number of years now, but it’s always been deferred because of my work on player recruitment. This uncharacteristic neglect might turn out to be the best thing that ever happened to it though – as, until recently, I hadn’t met Tony McKenna.

Whenever I think I might be creating something good enough for TTT, I send my notes to Tony to review. There is something about the ‘style’ of Tony’s thinking and narrative that infinitely attracts me – I really cannot praise his work highly enough. Wherever my work starts, it always arrives in a better place if Tony is involved. Fingers crossed, I think I might have tempted Tony to collaborate on this project too – so look forward to follow-up pieces from him supplementing these pieces.

Alchemy makes sense, but why Elephants?

The system that ultimately produces world-class footballers is complex. In fact, it’s not really one system at all, but a network of systems that interact to produce an output that is greater than the sum of the individual parts. No individual person, or organisation, can be the ‘authority’ when it comes to ‘system of systems’ engineering – the ‘diversity’ and ‘quality’ of thinking required is unlikely to be contained within one individual. 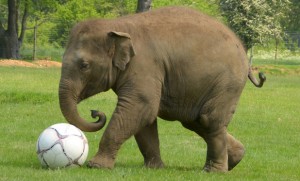 The reference to ‘Elephants’ comes from the poem ‘The Blind Men and the Elephant’ by John Godfrey Saxe (1816-1887). The full poem is available here – it’s worth a quick read: (click here)

“So oft in theologic wars,

The disputants, I ween,

Rail on in utter ignorance

Of what each other mean,

And prate about an Elephant

Not one of them has seen”

The design of complex systems, like the kind that produces world-class footballers, can only come from the careful synthesis of thinking that is both high in quality and representative of a diverse range of perspectives. It is my view that limiting either, or both, of these elements will greatly reduce the chances of the solution design being ‘fit for purpose’. 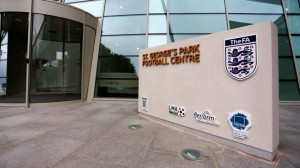 Rather than starting from a negative position, i.e. ‘the development of youth talent in England is not effective’, I think we should instead look to define a goal and work towards it. But what should that goal be? For Liverpool Football Club, in the context of youth development, I’m going to propose the following goal to get things started:

By 2020, 15 of the 25 players named in the Liverpool FC Premier League squad will be home-grown, having spent more development time with the Liverpool FC than all other organisations combined, with the team achieving a 6th place league finish or better.

There are several talent ‘hot-beds’ all over the world today. These modern ‘factories’ are successfully producing talented sports people, musicians, artists and engineers (amongst other disciplines) – so each offers us clues as to the type of design that we need to create.

This is worth emphasising – to me, it’s developmental processes that produce world-class performers, not anything divine or deep-rooted in our genetics. Results are simply a function of the quality and quantity of practice we experience (participants have a hand in this too – bringing their receptiveness and dedication to the journey). With this mind-set then, the challenge is really one of ‘decryption’ (i.e. cracking the code) rather than anything ritualistic (i.e. appealing to a higher power for your overdue slice of good fortune).

This leads to a fundamental question. If there is a ‘code’ to be cracked, then surely the human race has already cracked it? I suspect it has – but then I think it’s been forgotten, re-discovered and forgotten again many times over.

History is packed with examples where impressive bodies of knowledge have disappeared for centuries – only to be re-discovered later and labelled as innovation. I think of it like an environmental, economic or political ‘meteorite’ striking the Earth to alter (or re-boot) evolution.

There are accounts of a Chinese fleet led by Admiral Zheng He in 1405 that comprised ships that were the size of modern aircraft carriers. Archaeological excavations of Pompeii in the 18th century exposed a more sophisticated Roman aqueduct system than that of the time – over 1,000 years later – and today, the construction of the Egyptian pyramids still continues to offer unsolved mysteries.

Football offers its own examples. If ‘cumulative culture’ is a key component of ‘progress’ then could modern football be the polar opposite – actively advocating a ‘new regime, new revolution’ approach? Instead of copying the things that work, and solving the things that don’t, we tend to throw out the lot and usher in an entirely new ‘brand’ (infected with the exact same flaws … though this time really will be ‘different’).

Did men like Ronnie Moran and Roy Evans, men that had spent decades as part of the hottest football ‘school’ on Earth, suddenly lose their coaching judgement or ability to prepare winning teams? I don’t think so at all. I have no doubt in my mind that these men have knowledge and experience that would benefit the modern game. How will this knowledge be preserved and passed on?

With the benefit of hindsight, Liverpool undoubtedly failed to maximise its commercial potential during the 1990s. It also failed to be as effective a ‘recruiter’ of players, or builder of teams, following Bob Paisley’s departure in 1983. Does that then mean everything learned between 1953 and 1983 should also be discarded as ‘not relevant’ to today’s game?

Given this recycling process, perhaps the ‘purest’ sources of advice for the modern world come from the stories, thinking and structures of the ancient world – long before so much noise surrounded the most important lessons?

Having searched for sources of inspiration from the ancient world, I came across the ancient Greek word “Agoge”. The word generally translates to mean ‘rearing’, but is also interpreted as ’leading, guidance or training’.

The Agoge system, which originated between 700BC and 600BC, produced the warrior elite of Spartan civilisation (a warrior elite that was the foundation of Sparta’s military leadership in ancient Greece for over 400 years – all whilst being the only ‘state’ not to have a wall around it). Some key elements of this system:

What might a modern youth development ‘design’ look like if it was to use this 2,500 year-old ancestor as a template?

I’ve identified an initial list of ‘sub systems’ that exist within the wider ‘super system’ that creates world-class football players:

The design of each ‘sub system’ will need to refer to a set of underlying principles. These principles will be the foundation stone of the design that is to follow – so it’s vital that they reflect the beliefs and values of Liverpool Football Club.

I’ve been reading around this idea for over three years now. The conclusion of that research is a list of 12 ‘basic concepts’ that I’m intending to morph into these underlying principles. Each principle will be proposed, one article at a time, to the subscribers of TTT:

In the next piece, we will explore the concept of ‘objectivity’. Specifically, I will try to make a case as to why objectivity is a good thing to have in mind and how it might be weaved into our design for a football ‘talent factory’.