Right, the second part of the trilogy takes us into the middle third of the pitch and probably into a few arguments over the merit of certain players. In order to even up the final two articles, Coutinho, Sterling and Assaidi are classed as forwards.

NB: Remember I’m only featuring players who made at least five competitive starts for the Reds’ first team in 2012/2013. PPG = points per game when starts; Win% = win percentage when starts.

After a few comments on the first article, I’ve made a slight adjustment to the personal goal difference figure. It is now the net goal contribution per 90 minutes played (i.e. a player who played the full 90 minutes in 30 2-1 wins would have a PGD/90 of 1). Anything above 0.63 (LFC’s goal difference per game last season) effectively means the team did better when that player played than when they didn’t, and vice versa.

Reasons to keep: They say first impressions count, but it now seems hard to recall the excitement generated by Allen’s first few games in a Red shirt. He was MOTM in a couple of early games, and people were raving about him.

Why? Well, the Welshman seemed to be the personification of the style of football we thought would emerge under Rodgers: the patient, methodical, short-passing game that would induce death by football. On form and in the right system, Allen is the very definition of tidy, with pass completion stats going through the roof, but he also seems to have a natural technique in the way he opens his body so he can receive a pass and fire it off again in one movement. He also showed good tackling ability during the autumn as he settled in at the fulcrum of our midfield, and featured prominently in the charts for interceptions and winning possession.

Having been blighted by injury since around November, the former Swansea man surely deserves more time to prove himself.

Reasons to offload: Allen’s win% and PPG are the third lowest in the squad, and his PGD/90 is a pretty sorry figure.  There may have been mitigating circumstances, but it’s clear that Allen’s inclusion was not good news for Liverpool in 2012/13. We should also be expecting more than a couple of goals (one of which was hugely deflected) and no assists from a midfielder who is not exclusively a destroyer.

Rodgers told us early on that although Allen had made a good early impression playing as a deep-lying midfielder, he would be even better 15 yards further up the pitch where he had played for Swansea. The problem is that pragmatism won the day in terms of Rodgers’ style, meaning that when Allen did play in a more advanced role, the attacks he was part of tended to be quick breaks rather than patient build-ups. As we morphed into a (generally very effective) counter-attacking team, Allen looked totally lost – it just isn’t his game.

The Welshman also struggled to cope in a deep role as winter approached, looking increasingly exposed and lightweight in a position where stronger players will regularly muscle you off the ball. Even his passing started to look laboured and occasionally careless.

If Rodgers has decided that he doesn’t have the players to implement his Swansea style successfully and get results at the upper end of the Premier League, there really isn’t much point in keeping Allen. Take a hit of around £5m and move on. 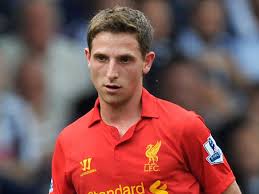 Verdict: Keep. Allen really did show enough promise in those early games to suggest that he will be a valuable part of the squad in years to come. Once his injury clears up, he can offer us the crucial quality of ball retention in games where that is particularly required. Plus, with a large number of comings and goings expected this summer, we may see the reintroduction of Rodgers’ preferred style sooner rather than later.

Should we sell Joe Allen?

Do You Have Confidence in the Transfer Committee?