It’s easy to laugh at Liverpool fans getting indignant about Luis Suarez’s 10-game ban, and listing all manor of lesser punishments for more serious crimes (Ben Thatcher and Paul Davis to name but two) but it shows definite signs of bias in the FA’s thinking. Suarez has been singled out for who he is, rather than the crime he committed.

What Suarez did was wrong, but it was barely dangerous. It is childish and almost feral, and he needs anger management more than Charlie Sheen, but anyone in their right mind would rather have a soft bite that doesn’t even break the skin than all manner of premeditated assaults we see on a football pitch. True, we don’t want to see our children biting each other in the playground. But unless they are losing earlobes or noses, it’s preferable to them elbowing each other in the face or stamping on their stomachs. A ban had to handed down, but ten games is ludicrous.

John Terry’s four-game ban for racism looks increasingly lenient. Unlike Terry, Suarez has never been red-carded in England. Also unlike Terry, Suarez is not English. If you play for or captain the FA’s team it seems that you’ll get away with a hell of a lot more. Ask Neil Lennon, who was stamped on by Alan Shearer. The FA fudged the entire issue.

And what about when Robert Huth stamped on Suarez? That was pretty clear, too. It all just seems such a random mess, what your punishment will be. If you’re not liked by the FA, they will make up the rules as they go along. I’d imagine that Suarez feels cheated right now, given the ludicrous nature of his punishment.

If it insists on cracking down on this with disproportionate punishment, the time has clearly come for the FA to act on serious assaults that the referee thinks he has seen (but obviously hasn’t if he only issues a stern warning or yellow card). Seven years ago Jermain Defoe was merely booked for clearly biting future Liverpool star Javier Mascherano. The ref saw it. But it makes you wonder how he considered it no more than a yellow card offence and how the FA now consider biting to be a treble red-carder.

So many violent assaults this season have gone unpunished because the refs merely thought they saw the incidents, but clearly hadn’t. It seems totally arbitrary to face a subsequent punishment depending on the incompetence of the referee that day. If he is competent he sees it for what it is. But if he’s not too competent, he will read the situation wrong and you get away with it. Equally, if he’s not incompetent and merely unsighted, you are in trouble.

Mistakenly perceived acts of violence that lead to red cards can be overturned if it transpires that it wasn’t as bad as first thought, but serious violence that’s yellow-carded cannot be interfered with. I’m all for protecting the authority of referees but if they make a dreadful mistake it should be reviewable. All in all, the FA’s disciplinary sanctions are a farce. The sooner it dispenses with key personnel from major Premier League clubs the better.

Ten games is what you’d expect if Suarez bit off Ivanovic’s ear and spat it in the ref’s face. It would be the work of a monster, not a daft and inexplicable bite that didn’t even break the skin. The trouble is, the FA see Suarez as a monster. He’s been cast in that role by the media.

Suarez is by all accounts a lovely family man, but he’s also one who totally loses the plot when he crosses the white line. The FA and the media have turned him into a caricature.

Now the player has to decide whether to stay in England or move to Spain, where he’d be more understood. If Liverpool stand by him, as they appear to be doing, then he will feel a further sense of loyalty, but he must weigh that up against a country that seems violently opposed to him, with the FA clearly trying to drive him away. Even though Liverpool fans feel let down by his actions, I’m sure this punishment will only make fellow Reds love him even more. 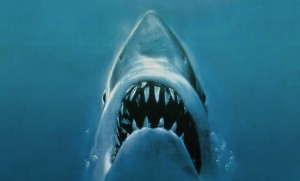