Liverpool take a breather from league affairs with a trip to Boundary Park to face Oldham Athletic in an FA Cup 4th round tie on Sunday, 4pm kick off UK time. Paul Dickov’s side sit just outside the relegation zone in League One and have won just one of their last seven league games at Boundary Park, losing the other six. 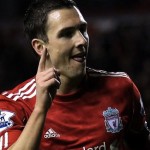 The clubs last met in this competition at the 3rd round stage last season, with Liverpool securing a 5-1 win at Anfield. Robbie Simpson gave the Latics the lead just before the half hour mark but first half goals from Bellamy and Gerrard were followed by second half strikes from Shelvey, Carroll and Downing to seal our passage to the 4th round.

Liverpool overcame Mansfield 2-1 to reach the 4th round while Oldham eliminated Kidderminster (2-0; 1st Round), Doncaster (3-1; 2nd round) and Nottingham Forest (3-2; 3rd round) to make it this far.

Liverpool’s record against Oldham in the FA Cup:

TTT Symposium #5 – How Should We Treat the FA Cup?

How Are We Performing Against Expectations?