By Tom Booton (with a helping hand from TTT subscriber Kris Patterson).

Remember Zlatan Ibrahimovic? You know who I mean – that pony-tailed, lazy, selfish, overrated Swedish striker who never performs in the big games or against English teams? If his four goals and stupendous overhead kick should teach you one thing it should be this: do not believe what the English football pundits tell you…

Like most football fans, when Ibrahimovic scored his fourth goal against England, I nearly fell out of my chair; the audacity, the technique, the stage, the fact it was the end of the game! Was it the greatest goal ever? Possibly, equally maybe not, but in all seriousness – who cares? It was a fantastic piece of skill. More importantly though, it dispelled a commonly held myth that is constantly reinforced by the English football media – that Zlatan Ibrahimovic is overrated and not as good as he thinks.

“Breaking news: Zlatan Ibrahimovic is an excellent player who has won league titles with every club he has played for. We apologise for any previous confusion.” 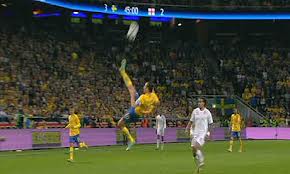 Therein lies the problem with football coverage and so called ‘experts’ in this country; we all soak it up without question. I am not faultless in this; I’ve made the same mistakes, I’ve fallen for their tricks, I’ve been spoon-fed. When presented with the statistics, those laughable perceptions can be dispelled.

Before I continue, it’s important to make something crystal clear; this article is not intended as an attack on a particular player or club. My intention is to dispel a few of the media falsehoods, a few of the ‘Zlatan’ type perceptions.