Some say revenge is a dish best served cold. Well, it’s been four and a half months since we suffered a 4-0 drubbing at the hands of Tottenham at White Hart Lane, in what was undoubtedly one of the worst performances of the season for the Reds. Three points are a must as we embark on four massive fixtures over the next month, beginning with Spurs’ visit to Anfield, followed by the potentially explosive trip to Old Trafford Sunday week, then we travel to Wembley to face Cardiff in the League Cup final, before we play host to fellow Champions League hopefuls Arsenal at the beginning of March.

Liverpool will also be keen to end a run of three consecutive defeats suffered at the hands of Spurs (home and away) and in doing so, prevent Spurs from claiming their first league double over us since the 1986/87 season.

Spurs have changed their personnel somewhat during the January transfer window, adding Louis Saha (aged 33) and Ryan Nelsen (34) to their ranks, while letting Steven Pienaar (29), Sebastien Bassong (25) and Vedran Corluka (25) leave on loan and Roman Pavlyuchenko (30) sealing a permanent move to Lokomotiv Moskow , as Harry Redknapp builds for the long-term in classic ‘Arry style.

Despite the plethora of names linked with moves to Liverpool in January, no new first-team players were added to the squad but the return of Luis Suarez following his eight match ban to competitive action is like a £50m attacking tour-de-force added to the team, to complement the in-form Craig Bellamy, Andy Carroll and Dirk Kuyt. Liverpool suddenly don’t look like a team in desperate need of a new striker. 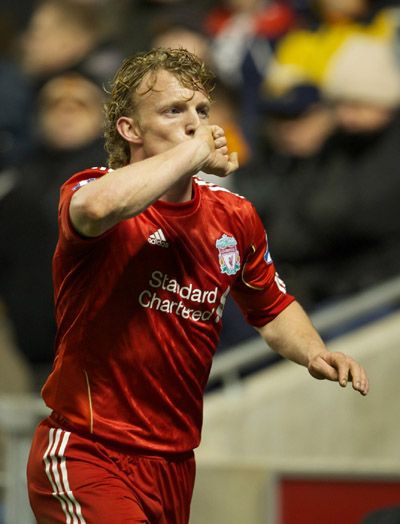 He may have had a poor first half of the season by his standards but he hasn’t lost his knack for scoring important goals which should not be overlooked.