Ah, the Luxury Player. How we abhor and adore him in equal measure. The sultry attitude, the Iberian flair, the alice-band and the greasy hair [stereotyping for artistic effect is OK ! – Ed]. The ability to do things that no other player in the team can, coupled with a frustrating failure to fully apply himself, either in terms of work-rate, consistency or fitness. The Luxury Player is fatally flawed – he can look great on Match of the Day, but critics and fans who watch his every game will be suspicious about his true value to his club.

The idea of “luxury” in a football team is almost anathema to the traditional English ethic of honest hard work and upright decency, a culture where your effectiveness is measured by the muddiness of your kit after the game – and the Luxury Player’s will still be as crisp and pristine as a vicar’s laundry. It suggests an unnecessary elegance/sumptuousness, an indulgent extravagance which can only be enjoyed by those who can afford it. It tends to suggest plenty of style but comparatively little substance, brains over brawn, and more beauty than hard graft. 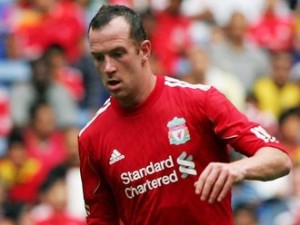 Well, in that sense, Charlie Adam – a stocky, Scottish midfielder with bad teeth and a receding hairline – is emphatically not your typical Luxury Player. His greatest vices on the pitch are not vanity or laziness but over-enthusiasm, ill-discipline and a questionable ‘motor’. He could only be deemed a “luxurious” player in the sense that he has some valuable attributes, but they are counter-balanced (or perhaps outweighed?) by a number of shortcomings which can, depending on the situation, hinder his team’s chances.