Early Exetering from the Carling Cup?

Early Exetering from the Carling Cup?

After a disappointing Carling Cup campaign last season which saw the “B” team defeated on penalties by Northampton, Liverpool start this season’s campaign at an earlier stage due to last season’s failure to qualify for European competition. Will this be the opportunity to utilise the squad to its fullest? And how have Liverpool performed against Exeter in the past? 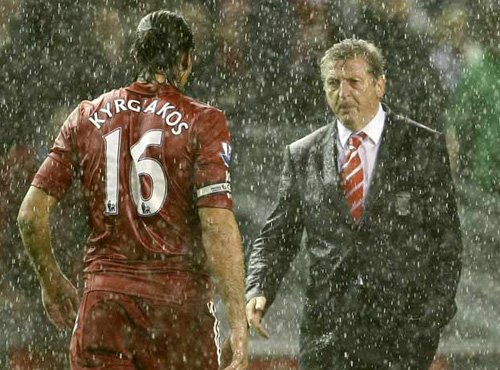 Liverpool and Exeter City have met on only four occasions in their history, all in cup competitions – the teams have never met in the league as the Grecians’ best finishing position was 8th place in the old Third Division in 1979-80.

The first match-up came in January 1950 in the fourth round of the FA Cup. Liverpool entered the game in first place in the first division and had high hopes of a league and cup double, having been deprived of the feat three years previously at the semi final stage of the FA Cup. Exeter by comparison were in the regional Third Division South. Liverpool had gone top the previous week with a 2-0 victory over Birmingham and so were confidently expected to defeat the Devonians comfortably.

Media Muppet of the Month, August 2011