Fans of smaller clubs like to believe that the big teams get preferential treatment from referees. Whilst this may take many forms, many of which are likely to be immeasurable, an obvious indicator of this would be the awarding of penalties.

I have obtained the Premier League penalty stats from 1999-2000 up to the season just ended, so thought I would see if this is indeed the case or not. Although Liverpool have finished outside the top four in the last two seasons, I will refer to them here as in the widely known ‘big four’, as they were for the majority of the time covered in this article.

As I have the statistics for the 20 teams that were in the top division last season, I have had to average the figures. This is because the time spent in the top flight varies from one year (Blackpool) up to the seven ever-present teams (I’m sure you don’t need me to name them for you!).

So which team has won the most penalties (per season) in the last 12 years? I would think most people would guess Manchester United, but is that the case? 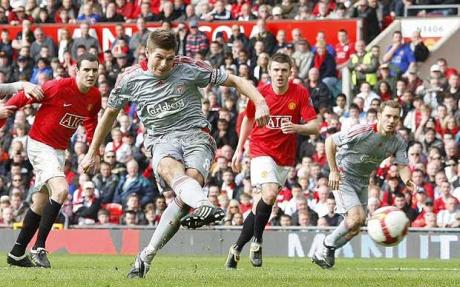