By Joe Pepper. Liverpool FC at the end of 2010 is unrecognisable from the Liverpool FC as it was at the end of 2009 (well, ok – the middle of 2009). There has been so much water under the bridge that it’s difficult to identify exactly what went wrong, where, when and whose fault it was. Having said that, there is one overriding theme that has permeated the last calendar year. When football historians look back on 2010, particularly those interested in events at Anfield, there will be a stark moral to the story. In short, the way information is shared and analysed has been completely revolutionised; 2010 is defined by those who understood this concept and those who did not.

When Tom Hicks sat on a bench outside Deutsche Bank in Wall St in September he may very well have been forgiven for thinking that his exploits on the other side of the Atlantic were a world away. Thanks to a quick photo, and some quick thinking by TTT’s Erin McCloskey, Hicks’ location became known by tens of thousands of Liverpool fans, all over the world, in an instant. The subsequent bombardment to any financial institution within earshot, pleading with them not to grant Hicks any kind of refinancing, was astonishing. Did it make the difference between Hicks hanging on and getting the boot? Better qualified people than I can speculate on that. At the very least, it certainly did not help Hicks’ asset stripping ambitions. Indeed the man himself pointed to “internet terrorists” as the reason he had been exposed as a greedy liar. In reality, Hicks had been ambushed not by internet terrorists but by a singular failure on his part to grasp the ways in which the sharing of information has changed. Hicks was operating as if it was 1997. This was his downfall.

If there was any doubt that Hicks had not grasped this concept, or was even aware of its existence, his foolishness was laid bare for all to see in his cosy fireside chat with Skysports’ Alan Myers after he had been “swindled”. Sky are to challenging journalism what Woody Allen is to heavyweight boxing. Hicks knew this, and decided he would have free reign to paint the picture as he saw fit. Abstract, distorted, imaginary and surreal, without a critic in sight. What followed was such a series of glaring contradictions that Columbo himself may have spotted them all. But Hicks did not reckon with the phenomenon of instantaneous information sharing. Before the broadcast of the interview was even finished, a full account of Hicks’ dissembling had been formed. Not by any kind of hierarchical top-down structure, but by regular people, coalescing the falsehoods on the internet, bit by bit, person by person. Hicks made hilarious claims of spending three hundred million on players first in pounds, then in dollars, then seemingly back in pounds again. Tom Hicks couldn’t help himself. The world was changing around him and he was oblivious. 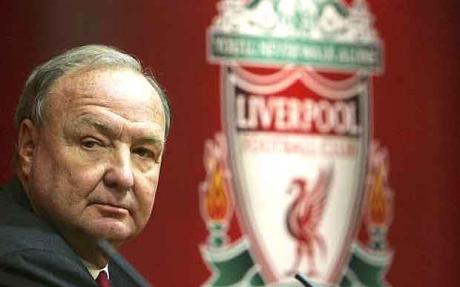