The Long and Winding Road: LFC supporter ownership is no longer just a beautiful dream

By Dan Kennett, subscriber to The Tomkins Times.

Like many LFC fans, I’ve long had my doubts about Spirit of Shankly. I’ve said in the past that “they don’t speak for me”. I thought that they were simply a niche group of hardcore űber-fans, most of whom seemed to sit in block 306 of The Kop.

For many fans, the catastrophic public relations disaster of the Munich-singing footage cast a long and dark shadow. In the past, they’d never really made it clear what their overall aims are in layman’s terms. Perhaps more importantly there never seemed to be any sense of an overall strategy to reaching those aims. It always seemed to be much more haphazard, almost off-the-cuff and simply responding to events.

I therefore thought long and hard about attending the Spirit of Shankly “Independence Rally” at St.George’s Hall yesterday. I go to most home games but don’t go to away games. I’m lucky to live close enough to walk to the ground and never have to leave early to “beat the traffic”. My political views are left of centre but not socialist. I’ve no inclination to get involved with militant activism, my upbringing and parent’s finances were much too bourgeois for that. OK my Mum and Dad’s upbringing was working class in 1950s Liverpool but they’d both worked their socks off and ended up with good jobs.

In the end I decided to go on the basis that I class myself as a mainstream fan. Part of the “silent majority” if you like. I’d had the pre-event emails from SoS (and ShareLiverpoolFC – don’t forget this was definitely a joint event) advising about the Credit Union scheme. As a fan who loves my club and despises everything our owners stand for I wanted to hear more.  SoS are never going to get anywhere without the support of mainstream fans and I wanted to see if they could reach out to me. Boy was I glad I attended. I went a sceptic and returned a convert. This wasn’t just a load of fans making noise to no effect. The whole rally had a purpose. Raising awareness of a plan which if fulfilled could see genuine supporter-ownership (or at least supporter-representation) in Liverpool Football Club.

St.George’s plaza was full but not chocka. Two-thousand is a good estimate, though others say more. More importantly, the demographic was good. Families. Women without fellas. Pensioners. Dads ‘n’ Lads. OK the predominant demographic was white male aged 30-50 but did you expect anything else?  The atmosphere was light-hearted, almost friendly. The speakers had a lot to do with that. Neil Fitz as compere set the tone. Funny but mostly sensible and not aggressive. John Bishop was hilarious. The music was great. Karen Gill was great. OK she didn’t have her Grandad’s oratory skills but her speech still set the romantic and nostalgic emotions running. The speakers also continually (and correctly) acknowledged the huge amount of scepticism that is still out that needs to be overcome. Beforehand I’d been worried about the potential for the event to backfire through some idiots burning American flags or the atmosphere turning sour in front of the media. Thankfully apart from a couple of minor cases of foot-in-mouth syndrome from some of the speakers this didn’t happen.

The chap from SoS who had to deliver “the boring bit” did a great job. Speaking to others around me in the crowd, the “boring bit” was why they’d all come as well. So what did we learn?

Firstly came the announcement that ShareLiverpoolFC and SoS are working as one. Very welcome news, the last thing we need is different groups pulling in different directions.

Secondly they said the driver should be “the average fan in the street” (whatever that is). Therefore the cost of a share has been set at £500 instead of ShareLiverpoolFC’s initial £5,000. Afterwards I found that the Liverpool groups have also been consulting Supporters Direct who’ve already helped small clubs set up not-for-profit ownership.

Thirdly, and most importantly the objective is to secure a minimum 10% stake in the club. Obviously more depending on how much money is put into the Credit Union. The stake will be equity, not debt and the 10% will be a permanent “blocking stake” ensuring that never again could Liverpool Football Club be sold lock, stock and barrel to people who do not have the best interests of the club at heart. There’s also a schedule of dates throughout July and August. The Credit Union scheme will be established and legitimised. They want to start getting the money into the scheme as soon as possible. Due to current UK legislation, the scheme will only be available to those who either live or work in Merseyside. SoS did assure that this legislation is being changed in the future to allow rest of UK and rest of the world participation.

So there we have it. It’s not Real Madrid or Barcelona yet, or even one of the Bundesliga clubs. But it’s a start and it’s no longer just a pipe-dream.  The sceptics will still be out there saying that this isn’t realistic, that the owners/banks will never talk to us. They’ll also refer to the “real politics” behind SoS and how we’re all just stooges in some kind of dastardly militant plot. They’ll also say that the scheme will be raided in the same way as Maxwell raided the Mirror pension funds. But it’s easy to snipe from your armchair and behind your keyboard.  It’s much more difficult to try and do something about it.

Liverpool Football Club is representative of a wider problem in the UK. Every week over 30 pubs close. Petrol Stations lie abandoned. General stores and Post Offices are closing. Not-for-profit community buyouts are already commonplace in rural parts of the UK (http://www.plunkett.co.uk/).  The only difference with LFC is the size of the task and the amount of money needed.

If you want supporter-ownership of Liverpool Football Club then get involved.

If you think there’s even the remotest chance that this could succeed then get involved.

No-one is asking anyone to join a picket line or take some form of direct action.

Raise awareness in your local communities.

It’ll be a long and winding road but let’s start the journey together and believe that this can work. 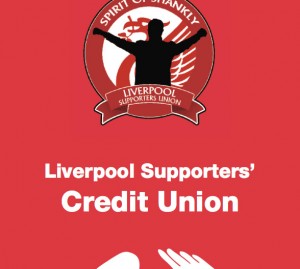 The Pros and Cons of Roy Hodgson