By Daniel Geey. Daniel works as a solicitor for Field Fisher Waterhouse LLP and advises entities wishing to invest in the football industry, specifically in relation to the fit and proper person test, conflicts of interest, multiple club ownership and third party player ownership. He is a subscriber to The Tomkins Times. 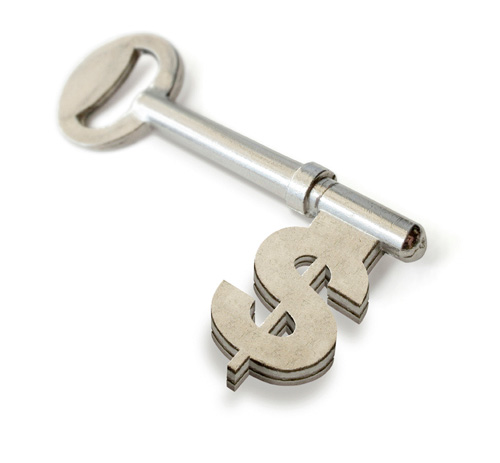 With Liverpool’s debt levels at £237m and an annual interest bill of £36.5m, should the owners sell for £500m or more the interest payments are going to be much larger. On face value, this leaves Liverpool with a bigger, rather than smaller debt problem even before the issue of the stadium raises its head. The only comfort I take from this whole situation is that we are not over £700m in debt like our Manchester neighbours but at least United have the revenue to service their interest payments. In order to build a new stadium plus a new takeover, Liverpool could well be over £1bn in the red.

Some may be optimistic that a new owner will do an Abramovich or Sheik Mansour, rather than a Glazer, in bringing fresh cash to the table and then writing off their interest free loans by converting them to equity, thus wiping off the club debt. I would think there is a much greater chance of the latter than the former. The individuals that have £500m in cash (a supposed conservative estimate of the value the Americans believe Liverpool is worth) and willing to invest further must be few and far between. In an ideal world someone with extremely deep pockets will come in, authorise a transfer free-for-all, Bentitez will get some cash and Liverpool a new stadium with everything underwritten by the new owner. My reason for being slightly less optimistic is because firstly there cannot be too many red and white knights around that are not going to borrow some, if not all, of the money to purchase the club; and second, the new UEFA Fair Play Regulations, which are explained below, will limit what money an owner can put in to the club.

Michel Platini has headed a campaign to introduce a financial fair play regulation across clubs that play in UEFA competitions. The rationale for the new rules for clubs wishing to enter the Europa League and Champions League is that clubs cannot repeatedly spend more than their generated revenues. After an interim period, expenditure cannot exceed income. There are, however, various caveats for youth development and infrastructure, including stadium and training facilities development. The consequences of breaching the rules can mean clubs being barred from UEFA club competitions.

Any prospective Liverpool owner should take into consideration the draft UEFA proposals which are rumoured to go before the UEFA executive committee at the end of May. The problem for Liverpool fans wishing a new owner to lavish funds on the manager is that such behaviour is precisely the type of spending that UEFA wishes to outlaw. Whilst Chelsea are ironically in favour of the proposed Regulations, it appears that Manchester City are pressing ahead with their spending spree in order to get all their large transfers in place in the coming season or so, and then fall into line with the proposed Regulations.

It means the window for short term spending beyond your means is narrowing.

UEFA’s belief is that the Regulations will discourage the type of investors looking to make a quick buck therefore safeguarding clubs as institutions, by conversely not allowing the levels of debt to be placed on such clubs. Such restrictions would probably be imposed when assessing whether projected revenues would cover the estimated interest payments if a club is heavily indebted like Liverpool or Manchester United. If clubs could not prove this to UEFA when applying for entry into the relevant UEFA competitions, entry into the lucrative Champions League could be prohibited. The throw away line is always “watch this space”, but bear in mind that a UEFA announcement in this policy area may play a crucial part in the type of owner that Liverpool may have in place in the coming months.

David Moores should reinvest his money. Yes, you read correctly. The whole reason Mr Moores sold Liverpool was to take us to the next level. I’m positive he has always had the best interests of the club at heart and was probably heart broken when he realised he could not take the club any further.

Now I do not wish to be critical of the owners or indeed past owners as this piece is actually not meant to be about the past but the future. I do need to be clear on two points however.

1. When new chairman Martin Broughton says “I will run this sale process in the right way, for the benefit of the Club and its fans,” what he really means is he will try and extract, as are his duties as chairman, the maximum value from a new buyer. Here lies the inherent conflict that David Moores had as chairman. Mr Moores’ dilemma was maximising his own shareholding value versus doing what is right for Liverpool Football Club (i.e. limiting any debt that may be placed on the club).

Mr Broughton will no doubt argue that he is doing the best for the fans by ensuring the buyer is of the right calibre and has the necessary financial backing to take Liverpool forward. But just as Mr Moores experienced with the current owners bidding £500 more per share than DIC, he had a duty to extract maximum value from the highest bid (Gillett and Hicks) which in turn put Liverpool in more debt than had the club been taken over by DIC. See my article on the original Liverpool takeover and the conflict of interest that still appears to exist here.

2. When the current owners say they have increased revenues etc, this could and should have been done in the Parry/Moores era or even earlier by bringing in additional staff to commercialise Liverpool’s inherent value. Messer’s Ayre, Purslow and the team should be commended for their stellar work to date but the frustrating point is that, this could and should have been done without putting £237m worth of debt on to the club. How now can this situation be reversed?

Perhaps what Mr Moores didn’t fully consider was with the right commercial team in place, properly commercialising Liverpool’s value, greater revenues could have been made and the only significant debt on the club would have been the loans to finance a stadium. As explained above, the basic problem is that anyone coming in will almost certainly use loans and those loans will come with large interest payments that again will probably have to be financed by Liverpool’s revenues. What if however, Moores uses (if it is still available) his windfall received from the Americans and gears up his cash (i.e. borrowing on the basis of having money in the bank as security for the loan) along with the Share Liverpool scheme. What better way to rid himself of the anguish he has no doubt faced over the last few years at watching the events unfolding at Anfield? In time, Share Liverpool could gradually buy Moores out leaving him with an exit strategy and most importantly less debt to service.

Whether it could work would be obviously left up to Mr Moores. A pipe dream perhaps, but certainly a way to radically reduce debt and subsequent interest payments.

As any new investment and the UEFA Regulations are both linked to stadium infrastructure issues, I thought it important to bring up a controversial thought. My view is that unless Liverpool fans wish to have success curtailed because of crippling debt payments on loans taken out to secure the finance for building a new stadium, a joint stadium should be given very serious consideration.

To some Liverpool’s fans, such an argument is not even up for debate. But when one considers that Liverpool could be over £1bn in debt after another takeover along with the finance needed to build a stadium, the stark reality is that Liverpool may actually not be able to compete effectively in the short to medium term whilst a stadium is being built because of the huge capital outlay required.  Another alternative is to redevelop parts of Anfield. I do see a certain logic, in extending/bulldozing the main stand to add an extra 10,000 seats (I am guessing here!) to make a capacity of around the 55,000 mark. At the moment, the collective fan anxiety seems to be ‘new Liverpool Football Club stadium or nothing’. I think the options are broader than that.

My worry is that all of this is very much a joined up decision with the ongoing ownership issue. More debt, I fear, equals less player investment. I am not saying these are easy decisions but the decisions taken in the next few months/years at Anfield will have major repercussions for the local community (as to where the stadium will be built), its fans (maintaining Liverpool’s position in the relative elite of English football) and its finances (how much further indebted Liverpool will be in order to fund ownership and stadium costs).

These are Daniel Geey’s own personal views.

Daniel also edits a football law publication called On The Ball which can be accessed here and has a personal website called www.danielgeey.com where you can access for free all his published football law articles.