I was recently asked (on Twitter) whose was bigger, Houllier’s or Benítez’s? (Net spend, I hasten to add.)

As each has (to date) managed the club for six years, it seemed a fair time to ask, although the obvious problem is that Houllier started buying players 12 years ago, when transfer fees were a lot cheaper. And of course, his sales were likewise affected. 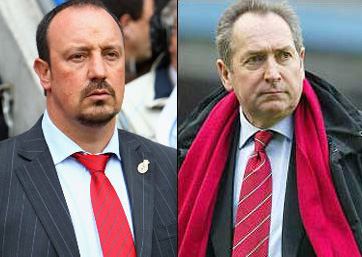 That’s where TPI© (Transfer Price Index) comes in. It was created with this kind of question in mind.

(As with any transfer studies, we add the disclaimer that 100% accuracy is virtually impossible, given the obfuscation surrounding some deals and the widely ranging fees depending on which source you use, but we’ve done our utmost to be as close as possible; overall, it’s between 95% and 99% accurate.)

In actual terms, Houllier spent £130.9m on players. In today’s money,  adjusted using TPI (i.e football inflation) that equates to £245m. But of course, it’s important to see how much was recouped; more on that in a moment.

In actual terms, Benítez has spent £223m. In today’s money (transfer prices have of course risen since he started buying players in 2004), adjusted using TPI (football inflation) that equates to £278m.

Houllier sold players for an actual amount of £60.3m. Using TPI inflation, that translates to £99.4m.

On average, using TPI to create an even playing field, Benítez has spent £10.5m net per season, while Houllier spent £24.4m; roughly two-and-a-half times as much. Houllier clearly had more supportive backers than Benítez.

Of course, these figures include money raised by selling players they inherited.

Both men lost around £12m (actual) on local stars who went to Real Madrid (McManaman in 1999, Owen in 2004) for less than their market worth due to contract issues, within one year of the new boss taking over. So that was an early blow to both managers.

However, only 29.5% of Houllier’s income was from selling his own players (such as Heskey, Barmby and Ziege); the rest came from selling his predecessor’s signings, or home-grown talents like Fowler, Thompson and Matteo.

By contrast, Benítez has raised £128.8m TPI (£109.9m actual) from selling his own players: 59.8% of the money he has raised through sales has been from offloading his own purchases – twice as much as with Houllier.

Now, of course, in some cases (such as Robbie Keane and Andrea Dossena), Benítez was selling his own mistakes for a loss. I don’t think there is a manager alive who hasn’t done this (Houllier did so with Ziege, for example), and the key is to get as much as possible, as quickly as possible.

However, a lot of money was raised from selling the likes of Alonso, Sissoko, Bellamy, Crouch, Carson, et al, for a profit; in some cases, after a few years of sterling service.

What’s interesting is that every single player Houllier signed has now left Liverpool FC. They did so for an actual combined price of just £52.6m, or £86.9m when adjusted with TPI.

Benítez has already raised far more than this from his sales, and that’s before (perish the thought) any potential sale of Torres, Reina, Agger, Johnson, Benayoun, Kuyt and Mascherano, who between them, at current value, could raise another £150m.

In fairness to Houllier, players like Hyypia and Hamann left the club on free transfers having served the Reds with distinction, to the point in time when they were too old to sell. None of us would complain if Torres left on a free, aged 33, after seven more years of goals.

Even so, the figures seem to support the view that Benítez has outperformed his predecessor.

In conclusion – as I’ve said before – Benítez has had to sell his own players to raise much of his own transfer funds. He has also raised more money through European progression, and yet despite this, the current squad costs only £143m, between £50m-£100m behind those of Spurs, City, Chelsea and United.

Benítez’s win percentage in the league is 55%, to Houllier’s 49%. But Houllier only had one year of Chelsea’s wealth to contend with; and the Stamford Bridge outfit spent another £100m the summer Benítez arrived.

Houllier had a great United side (1999) and Arsenal’s Invincibles to battle, but Benítez has had to face what Alex Ferguson believes to be a better United team, plus the might of Chelsea (and now City). And of course, when Benítez arrived, that Arsenal side were reigning champions.

Benítez has averaged 72.2 points per season, Houllier managed 65.7 (just 2.7 more points on average than in the ‘disastrous’ season we’ve just witnessed). Houllier qualified for the Champions League three times (once would be for the season after he left), Benítez five. Benítez’s best tally in a season was 86, Houllier’s was 80.

Houllier won four trophies, Benítez two. Benítez won one of the two that really matter, and made another Champions League final.

Houllier did a good job – especially up to 2002 – and Benítez has done a better job.

However, Rafa cannot regularly work miracles, and the more financially adrift the Reds find themselves, the harder it will be to simply tread water, let alone forge ahead. While we’ve just experienced a relatively poor campaign, the financial undermining of the club by Gillett and Hicks preceded it, and people would do well to remember that fact.

More of my views on both managers can be found here: