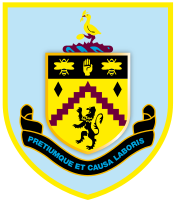 Match Preview: A number of issues could be cleared up at the top and bottom of the Premier League this weekend. Victory for Liverpool over Burnley could see the latter relegated to the Championship, providing West Ham take maximum points against Wigan on Saturday. Failure to defeat Burnley coupled with Spurs beating Man Utd would see Liverpool mathematically ruled out of the running for the final Champions League place.

However, if both Man City (away to Arsenal) and Spurs (away to Man Utd) lose and we beat Burnley, the gap to 4th place will be down to 2pts, although both Man City and Spurs will have three games to play compared to Liverpool’s two.

It promises to be an interesting weekend of football!

Liverpool will be looking to win away from home for the first time since the 1-0 victory over Aston Villa on 29 December 2009.

Relegation-threatened Burnley lost their last home game 6-1 to Manchester City and have not kept a clean sheet at home since their 2-0 win over Hull on 31 October 2009.